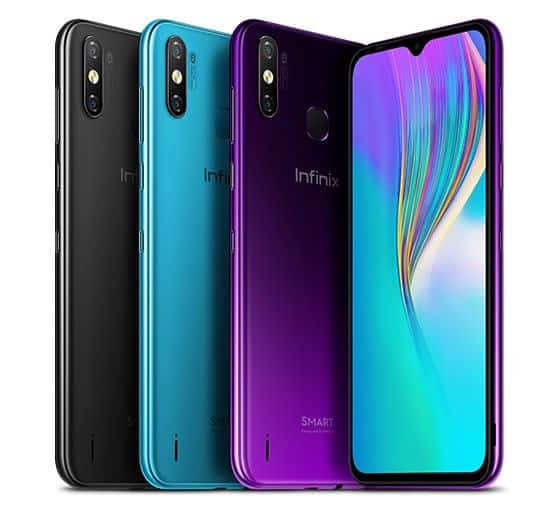 Infinix Smart 4 C isn’t the direct successor to the Smart 3 and Smart 3 Plus. Which invariably means that, the company will announce the Smart 4, and probably Smart 4 Plus in the coming year.

It is actually the latest mobile phone in the Infinix Smart series. It comes with bigger screen display and largest battery life than all the phones in the Smart series.

And there is a single 5-megapixels selfie snapper, with other camera features, that can lighten up your beauty. It also support Face Unlock.

One interesting fact is that, the Smart 4 C comes with a bigger 6.6″ HD+ water-drop display, than the Smart 3 and Smart 3 Plus. The bezels are quite smaller on the bottom side of the phone.

The Infinix SMART 4 has an in-built Google Assistant. It runs on the company’s XOS 5.5 based on Android 9 Pie OS out of the box.

It is powered by 2.0GHz Mediatek MT6761 Helio A22 chipset, coupled with 2GB RAM, 32GB of internal storage, expandable up to 256GB via microSD card slot.

Under the hood, the Smart 4 C is fueled by a massive 4000mAh battery capacity, which the company boasts that it can last up to 3 days on a single charge.