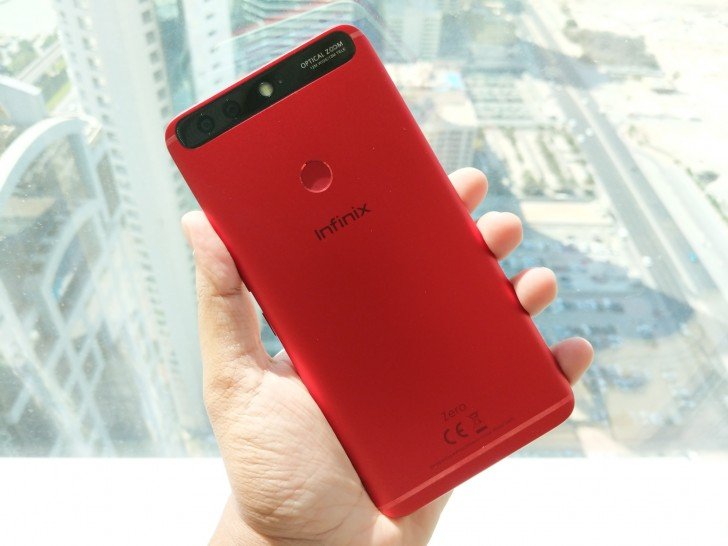 Today, we will comfortably discuss more about Infinix phones with long battery capacity, and not having any single backlash from any user. Infinix mobility has created various customer trust within their circle, and recently Nigeria becomes their highest market share.

Of course, they are bunch of Smartphones with good battery capacity, that can withstand heavy usage for over one week plus, without loosing a single battery life. But on the other hand, Infinix has proven to be the best in the competition

As of today, Infinix mobility can publicly boast of massive sales of their Smartphone, they recently launched the Note 5 Stylus and it stands out as their biggest Smartphone ever. Lets take a look at the top best Infinix phones with good battery life.

Surprisingly, during 2016 – 2017, we all thought that, any mobile phone with 2000mAh – 3000mAh battery capacity, should be the best to enjoy good battery life, and value for money. But in 2018, everything has changed, all thanks to innovating technology.

Fortunately, there is now an Infinix phone with such battery capacity. Like I already said during the publication “once it comes live and available to the public, we will quickly add it to this list”

Here it is, lets check other phones from Infinix that are quite magnificent and imposing.

Read this: All Infinix Phones in 2018 and Price_list – Latest Infinix phone and price

Finally, we are 100 percent pleased to see an Infinix phone 5000mAh battery launched in Nigeria. This is the Infinix Hot 8 and Infinix Hot 8 Lite Android powered phones.

Infinix Hot 8 and Infinix Hot 8 Lite both arrives with 5000mAh battery capacity, which is the biggest in the company’s phones series.

They both comes with major differences and similarities. But they are promised to last up to 4days, after a four hour single charge!

And finally, the time is here. Lets starts from the company’s largest and gigantic battery capacity, 4500mAh. The below list contains the Infinix phones with 45000mAh battery capacity:

Being the latest in the company’s Note series, Infinix mobility discovered, they had to include that battery capacity to keep the Africa / Nigeria markets going forward. And yes, it was worth the wait, and provides a durable and portable Smartphone with good battery life.

However, the Note 5 also comes with a souped version, which is the Note 5 Pro, with stylus pen. Unfortunately, the company did not launch the phone with such gigantic power, it was totally downsized. Lets take a look at the quick specs:

The next on the list is the Infinix Note 4 Pro, and it arrives with the same 4500mAh battery capacity. Thankfully, the phone supports quick charge, for fast charging. Infinix hasn’t skipped this feature on any of their flagship settler, and it is known as Flash charging.

An Infinix Note 4 Pro with 4500mAh battery capacity, that easily go a long way, from the bottom to the highest under few minutes. And it can stand high-power usage by the user. It also arrived with other spectacular specs, which includes:

Sincerely, I will give an 100% thumbs up to Infinix for providing such Smartphone. Well, I reviewed the Note 3 and found it ‘not wanting’ There are specs and features that might amuse you, lets take a good look at them:

Alongside the launch of the Infinix Note 3, the company also unveiled the bigger brother, Note 3 Pro and it is much like the souped version of the regular standard. But the only difference, is the availability of 4G LTE network, for faster surfing and browsing of the internet. It still got the same 4500mAh battery capacity.

The build, design, internal storage are the same. Although, they are various types of response and rumors that thee phone is available in more than one variant, or model. Infinix failed to address the notice, lets see the complete spec:

Don’t underestimate the battery power of Infinix phones. The Infinix Note series seems to be the only company’s way of introducing larger battery capacity, and I really think, it has never failed them a single bit.

The Note 4 was manufactured by Infinix and it comes in different colors options. The phone is chunky, heavier, and other amazing specs, features that makes it the best overall in 2017. And the battery capacity is also part of the history.

Infinix Note 4 Smartphone arrives with other amazing specifications, lets take a look at the quick specs:

Before reaching the end list, lets take a look at the top best Infinix phones with 4350mAh battery capacity, they are the Infinix Zero 5 and Zero 5 Pro. The both phones are the company’s latest in the series, and was officially launched in 2017!

Leaving the massive and powerful 4350mAh battery capacity with flash charging support, the Zero 5 arrived with other special specs and features. It is the companies first Smartphone to arrive with dual camera setup at the back.

The phone lacks a front-mounted fingerprint sensor, which was available on the predecessor, Note 4. Amusingly, the phone comes with big bezels at the top and bottom, that can hold a home button. Quick specs:

Between, the Infinix Zero 5 and Zero 5 Pro, you’ll find bunch of similarities, such as the same design, pure metallic design with no Physical Home Button, the same screen size and at the back, Dual Camera and also a Fingerprint sensor.

Anyways, before the end of the year, Infinix will launch a new Smartphone to the Zero series but we are still uncertain about the specs and features of the upcoming Smartphone. Stay tuned!

Here on this list, Infinix phone with 4000mAh battery capacity, you will find a lots of them. Starting from the Note series, down to the Hot series, and even the Zero series. Power voltage has always been Nigeria #1 issue, and the answer to that, is Infinix understanding the problem and bringing in a solution Smartphone!

Being the first on the list, doesn’t qualify the Smartphone to be the best, but we must start from somewhere. Having this in mind, lets get started on the top best and latest Infinix phones with 4000mAh battery capacity:

What is the essence of launching a new Smartphone with big battery capacity, and charge higher, when we can just bring in a portable and moderate mobile phone with moderate power and powerful down to earth specifications? Infinix thought of that, and launched the self-claimed ‘Intelligent Creator’

It is the Note 5 Pro with Stylus pen, and the latest in the Note series, but it still arrives with moderate 4000mAh battery capacity, and fast charging supports. The handset comes with a stylish and lush design, impressive and stunning specs:

See also: List of all Infinix Note Smartphones in series

Other Infinix Phones with 4000mAh

They are bunch of other Infinix phones with 4000mAh battery capacity and it includes: