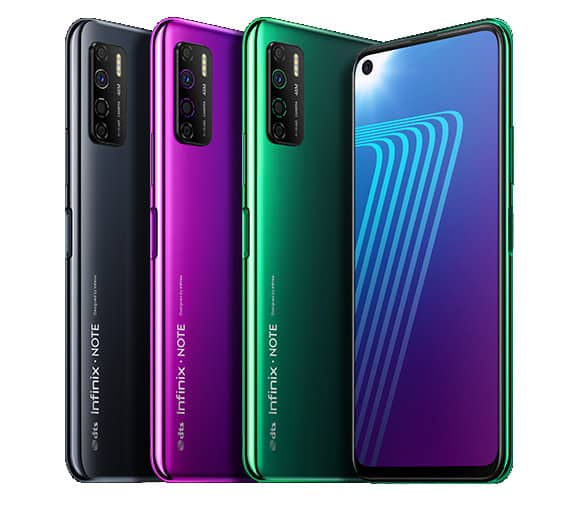 The Infinix Note 7 and Note 7 Lite was officially unveiled in India, following the Infinix S5 PRO that previously launched in the country. For the first time, we are seeing a “Lite” version in the Note series.

Connectivity: Well, Infinix mobility is still keeping the 3.5mm audio jack on her phones, which is a good thing, but the micro USB is outdated. Others include Dual 4G VoLTE, WiFi 802.11 b/g/n/ac, Bluetooth 5, and GPS/ GLONASS/ Beidou.

Processor: The Note 7 is powered by the new gaming chipset, MediaTek Helio G70 12nm processor with 6GB RAM, while the MediaTek Helio P22 controls the Note 7 Lite with 4GB RAM. Both with 128GB internal storage, expandable up to 256GB via microSD card slot.

OS and Battery: Both phones run on XOS 6.0 based on Android 10 out of the box. While the 5000mAh battery capacity keeps the phone light on with 18W charging.