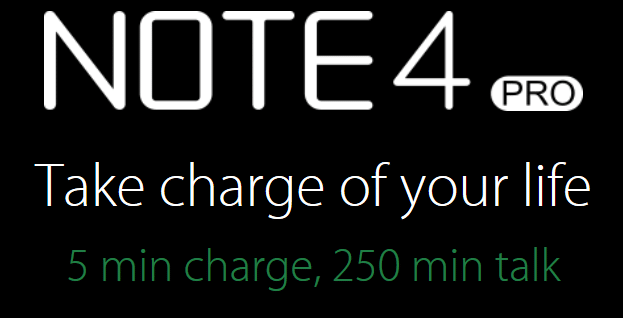 Well, today is another day to review the differences between the Flagship of Infinix. It is very obvious that the China Based company, Infinix Mobility is becoming one of the best Smartphones Producers in Africa, esp in Nigeria.

Introducing to you is the latest Infinix NOTE4 Pro that was just added to their Note Series this year, JULY. Although, there are some rumored Note4 Pro specs than the normal specs, we do have here.

Popularly to the phone geeks, the Note 3 Pro was the latest and best Flagship in 2016 and it is the predecessor the Note 4 Pro. Which also stands that Note 4 Pro is the successor to Note 3 Pro.

Statistics shows that Note 3 was the most searched phone in Nigeria as at 2016. And it gave the company more profits than other of their former Note series.

Sincerely, when I bought the Note 3 in January 2017, the rate at which I personally saw people making use of the phone was too unbearable. Virtually, almost everyone, I came across with, their each had one, I kindly gave it away.

Well, there are a lot of differences between the NOTE 3 PRO and Infinix NOTE 4 PRO although, the similarity are also a little well known.

And of course, the both are from the same producers, Infinix Mobility, at least, that first, connects them both. Lets begin from the Similarities. Which includes;

Sure, looking from the above outlined Key Features, for the both Notes, you will discover the similarities at a glance but, we are also going to spell it out for you all to see.

Firstly, this is considerable because, a phone with a low RAM is likely to be deliver its service like a Snail on a mission.

The both phones comes with a huge 3GB of RAM, although, it wasn’t expected of NOTE 4 PRO, we’d all expect the 4GB of RAM. Well, what shall we say?

And yes, this is another stuff bringing the two phones together, the rear camera. Well, FBL specifically said “REAR” which is the back camera because the front camera for both phones are a lot more different.

They both arrive with a 13MP pure rear camera for taking amazing pictures and photos with friends, families, event, occasion and others and trust me, they are both good.

Unfortunately for the Note 4, it doesn’t arrive with the battery capacity compared to either Note 3 or Note 3 Pro. Well, they all come with 5mins charge and a 250 min talk but different generation of Flash Fast Charging.

NOTE 3 PRO & NOTE 4 PRO comes with a 4500mAh battery capacity with a 5mins charge and a 250 min talk, but all data based on laboratory test, specific numbers depend on the environment and conditions of use.

They both feature 4G LTE for fast browsing, resolution, UP and DOWN link are same. The both arrive with the normal application.

That is all for the similarities. See, the Similarities in the Image below. Lets move over to the Differences.

N/B: Please, if you noticed any one that is missed out, you can also help to remind by using the comment box.

This is another part of the review that takes the breathing away. The both Note’s comes with an exclusive and elegant design, fast charging, screen display etc.

Well, they are some appealing and awful difference, but we will all combine it into one. Lets begin;

Awkwardly, but this is the first difference every supposed phone geek gets to noticed at first. We all know that the Note 3 Pro comes with a pure terrific textured back cover built from high-end avaition-quality aluminum, in other essence, it is the Premium Design!

While the Note 4 PRO comes with a full metal unibody design, giving the phone another look from its predecessor and making the handling more efficient!

While on the Note 4 Pro, there is a slight changes from the 6.0″ FHD to a 5.7″ inches FHD IPS LCD CAPACITIVE TOUCHSCREEN,16M COLORS. Well, this is one of the reason, customers are angry with Infinix and frankly, I don’t like it!

OF course, they both come with a 4500mAH battery capacity but the Xcharge differs from each other. Although, it is the same 5mins charge and 250 min talk but the Xcharge there is something different.

The Note 3 Pro comes with a XCharge 3.0 that means, the NOTE 3 can be fully charged in only 99 minutes meanwhile, on the other hand, the Note 4 Pro arrives with the latest Xcharge 4.0 technology.

The Xcharge 4.0 reduces the loss of current conversion and reduces heat from charging to provide better overall efficiency and safety.

The Note 3 Pro features a 5MP on the Front facing Camera which is normally used for taking selfies, photos with friends and families with a Flash, taking the shot to another dimension but…

But here on the NOTE4 Pro, you are welcome with a 8MP front facing camera with Flash for taking selfies and other amazing shot. With such 8MP FF camera, your selfies needs no other beautification apps because it does all the work there for you!

Securing you more from web invaders and other malware and it also makes your phone looks more stylish with the Nougat supporting the Split-screen advantage and many others, you will never be left out!

But guess what, you can still enjoy that Android Nougat on the Note3 PRO, as Infinix has rolled out updates to their respective phones which includes the Note3 Pro!

Unfortunately, the Note3 Pro did not arrived with any X-Pen but at least, they also arrived with Fingerprint Scanner Sensor but on the REAR which is the back while the NOTE4 Pro is located at the Physical Home Button at the front.

The fingerprint on NOTE4 PRO is quite different from others, as you can now, view of photo libraries, voice recording, and customizing quick opening of apps via different finger input.

The Note4 Pro is the first Infinix Phone to arrive with X-Pen! Gbam!! Gbam!! And yes, this is the Fourth Generation of the Note series, seeing something like this, doesn’t surprise me, tho.

But, should we call the X-PEN the selling points of NOTE 4 PRO! Am scared, we have to say yes. Of course, everyone who hasn’t used any phone with a Pen can get in touch with this and feel it!

Lets take a look at the uses of X-Pen; Record moments and ideas in Memo, even in sleep mode, and explore your creative side in XNote. Do you also know that, you can also become a Painter using the X-Pen? And the Pen can work for 40mins after a 20seconds charge. Impressive eh?

How do you view the Infinix Note4 Pro in all its Glory?