This is the Infinix Hot S3X Android powered Smartphone, and it is the company’s first mobile phone to sport a comprehensive notch display. Since the introduction of notch design on Essential phone and iPhone X, Infinix mobility is taking its first dive into the trendy design.

There are top Android phones with Notch design, and it provides a wide Fullview screen display. With the Infinix Hot S3X featuring a notch display, the top and bottom display bezels are slimmed down and virtually minimal, few and brief. 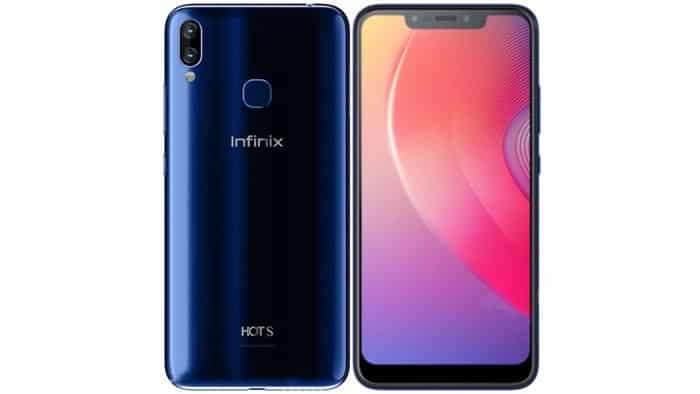 The design on the handset is spotless, it features a more revolutionized sparkling design. With the excellent combination of both metal and plastic design, the Hot S3X is definitely the best Smartphone for you, with notch display.

The phone comes with a massive and tall 6.2″ inches with Full-view display with notch display. You can watch movies, play games with its HD+ 720p at 500nits brightness. And there is the 19:9 aspect ratio, providing an almost bezel-less design.

And also, Infinix incorporated the smart gestures feature which is going to hide the navigation bar from the below providing extra space and now you will control your phone with gestures. The aesthetic design changes Infinix view from the chunky Note 4, to the trendy lightweight age.

There is dual camera, fingerprint sensor and the company’s logo under it. The phone is available in three major colors: Black, Grey, and Blue, which will keep you classic, a notch higher and more flashy with your Fashion sense. The company also retains the 3.5mm audio jack.

While on the front facing camera, there is the 16-megapixels selfie camera, which is enhanced with AI capabilities. With the advanced feature, the Hot S3X will not only take incredible images, or photos but would be able to identify your age, gender, and your facial expressions.

That is a good start for Infinix Mobility. Within few years, Infinix phones will be incomparable to other Chinese phones and might be rubbing shoulders with other world top competitors.

And also, the front camera can also be use as Face ID Unlock. After all, it is not the first time, we are seeing the Facial recognition feature on Infinix mobile phones.

The mobile phone comes with other numerous features, there is the Wi-Fi, Hotspot, 2G, 3G, 4G LTE, OTG as the network and connectivity.

Either the 32GB / 64GB will be able to store numerous apps, games, musics, movies and many others, but it can be expandable up to 128GB via micro SD card slot. While the 3GB / 4GB RAM, will handle the multitasking, switching of apps and many more.

Although, the Qualcomm Snapdragon 430 running at 1.4GHz Octa-core processor is a little bit outdated, but will helps optimizes the battery capacity and enhances the Wi-Fi signal, along with the latest Android 8.1 Oreo OS.

The gigantic 4000mAh battery capacity on the Hot 6 Pro is the same with the recent Hot S3X, but there is a 2A Quick Charge. Anyways, with the Infinix’s energy efficient XOS User Interface, users can enjoy two days of usage and a fast charging time.

Meanwhile, the Infinix Hot S3X is now available in Nigeria and the price is N62k. You can check on Jumia for the device.

“Infinix has always aimed at bringing the latest and best technology to the people to help consumers stay ahead of the crowd with our originality and have achieved just that once again with the S3X, which is a first of its kind for Infinix.”