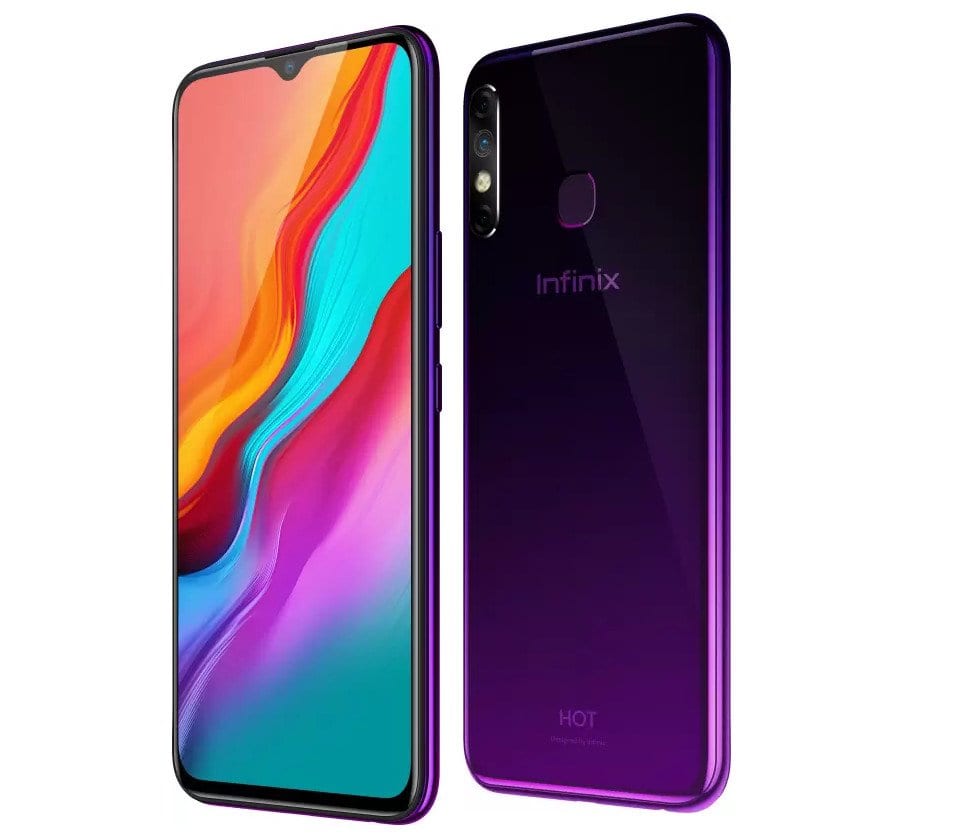 The Hot 8 is the latest Smartphone to be added to Infinix Hot series. Which is the company’s budgeted mobile phone series. But the Infinix Hot 8 brings impressive specs to the table.

It is successor to the previously announced Infinix Hot 7 and Hot 7 PRO devices. The Infinix HOT 8 comes with never seen specs in all the company’s hot series lineup.

The Infinix Hot 8 in the HOT series is the first to arrive with bigger screen display, waterdrop-style notch, 4GB RAM option, 64GB internal storage, triple rear camera, 5000mAh battery capacity and others. There is an Infinix Hot 8 Lite also.

The Infinix Hot 8 comes in Cosmic Purple and Quetzal Cyan colors option, along with a gradient back panel finish design. It also sports a rear-mounted fingerprint sensor scanner.

A horizontally mounted triple rear camera interrupts the back panel design, which consists of the main 13-megapixel rear camera with quad LED flash, along with a 2-megapixel secondary camera for portrait shots and Low-light Sensor. And then a VGA Low light Sensor.

It support Dual SIM (nano + nano + microSD), and runs on Android 9.0 (Pie) with XOS 5.0. In India, the phone will sell for Rs. 6999, it is now available in Nigeria at N38,000 in Nigeria Naira currency and can be purchased via Flipkart, or Nigerians for Jumia from September 12th.