Infinix Hot 6X Vs Infinix Hot 6 – Which is much more better? Today, we will relatively compare and choose the best phone among this two. Infinix mobility launched the Hot 6X with a notched display, they bunch of Android phones with notch display but lets compare the both strategic phones without compromising.

It is no longer news that Infinix mobility are glaring towards being the number Smartphone makers, and providers in Nigeria, Ghana, Kenya and other known Africa country. Infinix phones being a subsidiary of the Chinese company, Transsion Holdings, is looking forward to conquering the Smartphone market business on Africa and the South Asian market.

Few days ago, we reviewed the Infinix Hot 6X and Infinix Hot S3X, they are both the latest Infinix Smartphones in the Hot series. But they are equipped with different specs, others were much more similar, much like the notch display and realistic design.

It came to our notice that you can buy the Hot 6X from offline stores, without visiting any online stores (but the location isn’t yet known). However, the buyer indicated, it costs him N40,000 to get one. We will update you more. Before we begin, lets take a quick specs look at the Infinix Hot 6: 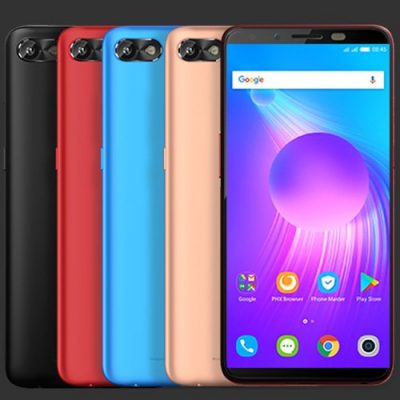 You may not notice the notch display, which came first and live on Infinix Hot S3X but you can still congratulate Infinix mobility for implementing those amazing curves, slimmer and thinner bezels on the bottom chin, and the display of the phones.

Wait, the battery capacity isn’t the only big deal here, there is the Face ID Unlock, or you can call it Facial recognition, which uses your face as your password. But if you are not really into that, then you can basically go for the Fingerprint sensor scanner, which is located at the back of the both phones.

The storage, and RAM is in-between, the both phones comes with 16GB internal storage, and 2GB RAM for multitasking. Both phones runs on the same Android 8.1 Oreo OS. Colors are a little bit similar.

Tho, you may not find much similar specs but the guess what, the differences are plentiful. Are you ready? lets get started from the display and design itself, the Infinix Hot 6X comes with a slightly larger notched 6.2-inch HD+ IPS LCD 2.5D curved capacitive touchscreen in 19:9 aspect ratio while the Hot 6 comes with 6.0 Inch 18:9 IPS HD+ 1440 x 720 display.

You won’t find those top-end glass build design, instead, the Hot 6X is made purely from a fine and shiny polycarbonate plastic design, while the Hot 6 comes in a smooth and impeccable metallic unibody design finishing, giving the phones, the design of different worlds.

Another major difference is the cameras, the Hot 6X comes with dual camera setup at the back, which consist of 13MP + 2MP with quad LED flash, and 8MP with AI mode, f/2.0 aperture and LED flash at the front.

Hot 6X is also available in 32GB internal storage, while the Hot 6 is made available only in one variants, 16GB storage, but thankfully, the both storage can be expanded up to 128GB via micro SD card slot. Lets take a look at another dissimilarities and variance.

Processors, yes, another major difference is the processors of the both phones. The Infinix Hot 6X is powered by a Quad-core Snapdragon 425 SoC processor while the Hot 6 with 1.3GHZ Quad-Core MediaTek MT6737 processor. Although, the both phone’s processor are outdated and quaint.

The Hot 6X is equipped with 4G LTE network connectivity, for faster browsing, download speed and many more, while the Hot 6 lacks one. Infinix Hot 6X quick specs below: 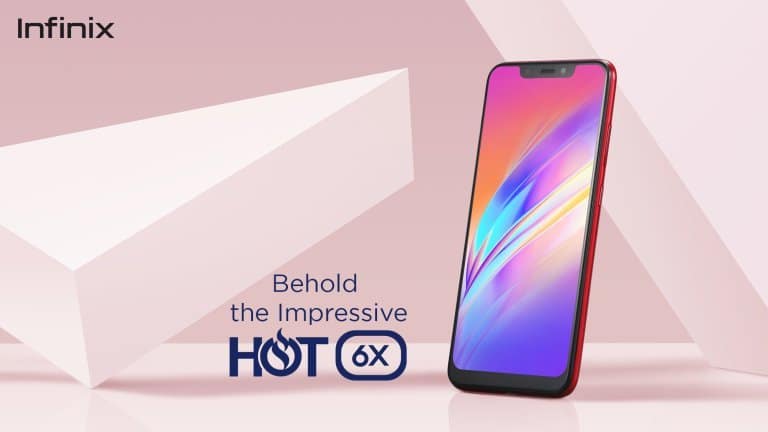 During my review, I classified the Infinix Hot 6 “The Hot 6 is invariably an experience phone meant for entertainment!” While the Hot 6X with this “It is economically priced, cheap, affordable and will definitely beat others in the game of in-expensiveness and reasonable Smartphone pricing.” Your choice now lies in your hands!

Which is better? Infinix Hot 6X or the Infinix Hot 6? Lets use the below comment box. And you can easily share this article to your friends by using any of the below share buttons.