This is not the first time we have seen the Hot 10 Play, it was first launched with MediaTek Helio G25 in the Philippines and Pakistan, and this version is powered by MediaTek Helio G35 processor.

MediaTek Helio G35 is a 12nm chips clocking at 2.3GHz Octa-Core processor count and comes with an IMG PowerVR GE8320 GPU that controls the graphic interface during heating gaming sessions.

It is available in 4GB LPDDR4x RAM and 64GB (eMMC 5.1) internal storage and comes with expandable memory up to 256GB with microSD. Allowing you to store more files such as Photos, Apps, Movies, Documents, and others.

There is support for Dual SIM, which allows you to either choose between nano + nano / microSD and runs on XOS 7.0 based on Android 10 OS out of the box. It comes with a 3.5mm audio jack, and FM Radio support. 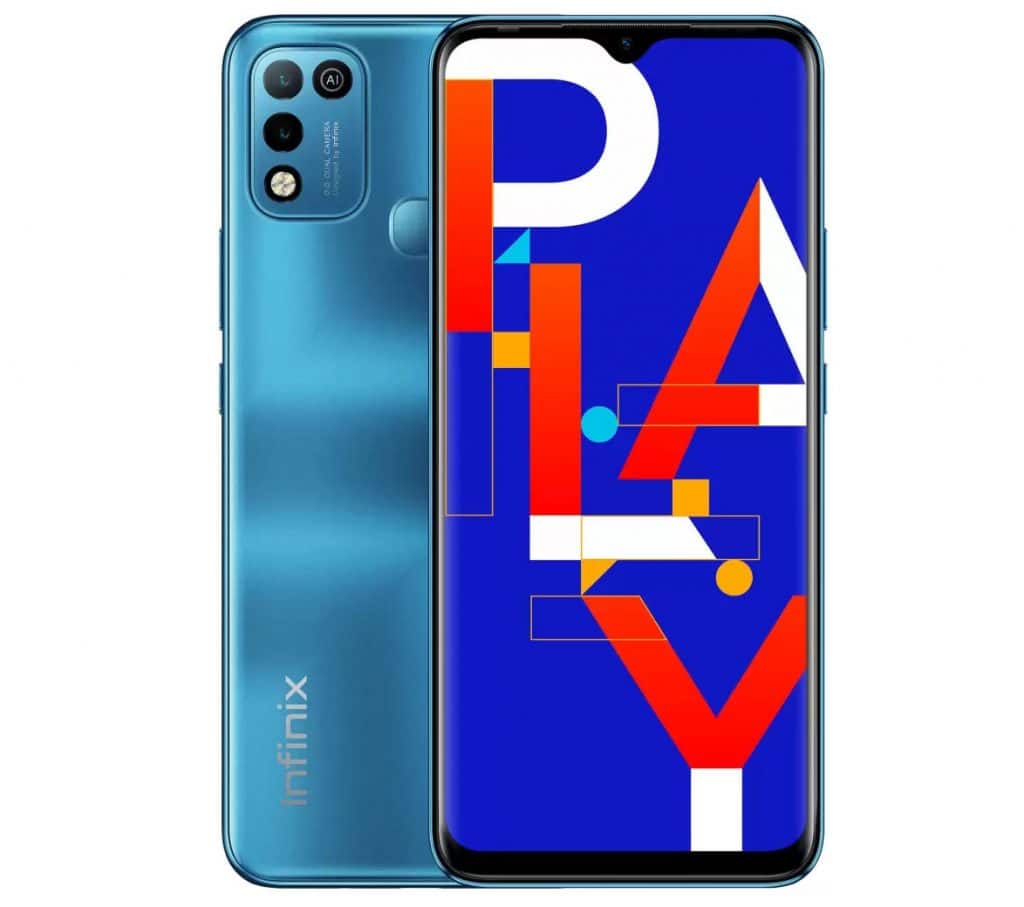 Almost everything is totally identical to each other, even the 6.82-inch HD+ LCD IPS In-cell display with 90.6% screen-to-body ratio, NEG Dinorex T2X-1 protection, 440 nits brightness, and 1500:1 contrast ratio.

The design on the rear panel is also similar, offering a flow textured design with glass finish and supports for biometric sensor, the fingerprint scanner, which can unlock under 0.3s.

The rear panel camera placement is also the same, with a primary 13-megapixels rear camera with f/1.8 aperture, and an AI secondary depth sensor with QUAD-LED flash support.

The Indian Infinix Hot 10 Play is available in a single variant priced at Rs. 8499 ($114), 4GB RAM / 64GB storage while the Philippines and Pakistan version comes in 2GB/32GB, and will be available from Flipkart from April 26th.