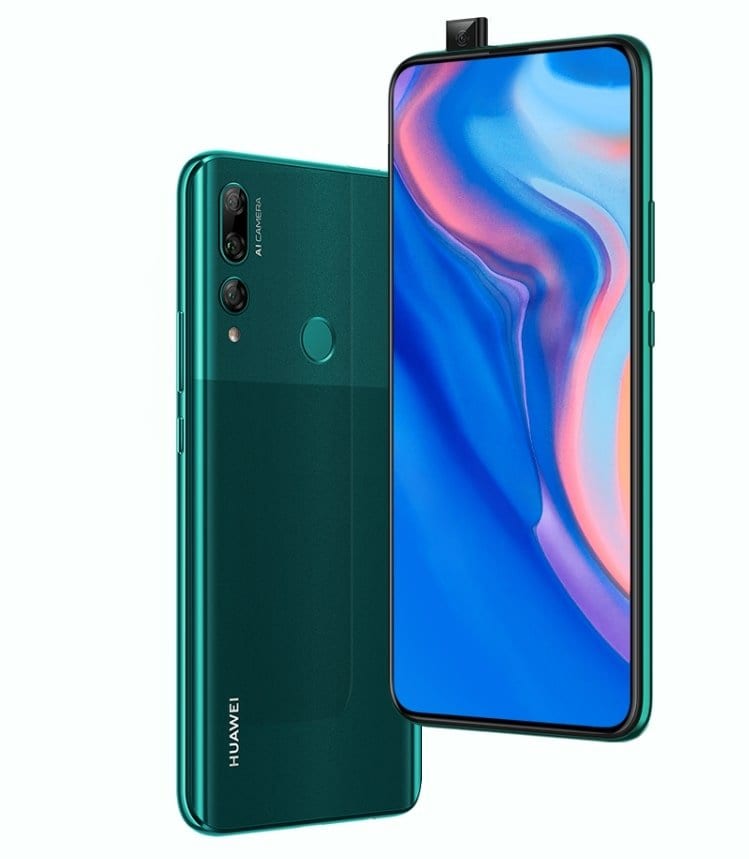 This is the HUAWEI Y9 Prime 2019 handset, it is an Android powered Smartphone with 6.59-inch FHD+ display, triple rear cameras, pop-up front camera, and runs on Android 9 Pie OS.

But then the one major difference between the Huawei P Smart Z smartphone and Huawei Y9 Prime 2019 is the triple rear camera setup.

Huawei is expanding their Y series horizon by announcing, the Huawei Y6 Prime 2019 Android Smartphone with cool design at the back.

There is still a chin at the bottom display, and you can’t find either any sort of notch design. As the selfie snapper housed inside a pop-mechanism.

It is available in Midnight Black, Emerald Green, and Sapphire Blue colors options, a triple rear camera and a rear-mounted fingerprint sensor scanner.

The mobile phone comes with a triple rear camera setup, which consists of a 16-megapixel primary sensor, an 8-megapixel secondary sensor with an ultra-wide-angle lens, and a third 2-megapixel sensor for depth capture.

While the pop-up mechanism houses a single 16-megapixel sensor with fixed focus. Allowing you to take amazing selfie shots.

It arrives with a 4GB of RAM + 64GB/128GB internal storage options, and you can expand any of the memory storage up to 512GB via a dedicated microSD card slot.