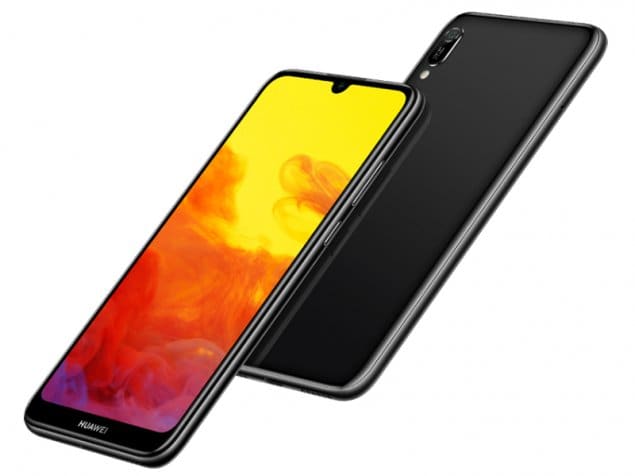 The Huawei Y6 Pro 2019 has been officially unveiled in the Philippines, and it arrives with a 6.1” HD+ display on the front, and has Helio A22 chipset with quad-core CPU.

However, the mobile phone was official to compete with other budgeted smartphones such as the Realme C1 and the Xiaomi Redmi Go.

And it comes with just two cameras, a front facing selfie shooter, which is housed in the water-drop notch display, and there is no fingerprint sensor scanner.

Others remains just the regular specs and features of an entry-level Smartphone. As you can find a single variants of 3GB RAM with 32GB storage, which is expandable up to 512GB via micro SD card slot.

It is completely powered by a MediaTek Helio A22 chipset with Quad-core CPU running at 2GHz speed. And packs the PowerVR Rogue GE8300 GPU as the graphic processor.

The Huawei Y6 Pro (2019) comes with a textured leather finish design at the back panel, and it is available in Amber Brown and Midnight Black colour options.

It is a dual-SIM phone and runs Android 9 Pie on top of EMUI 9.0. And comes with two cameras, a 13-megapixel rear camera sensor with f/1.8 aperture.

While the front holds a 8-megapixel sensor, for selfies and also support face unlock. Other specs includes a selfie toning flash 2.0 feature to brighten your selfies by throwing light in two dimensions.

For the power house, the device arrives with a 3,000mAh battery capacity, with an AI Power Management technology. It costs PHP6,990, which can be converted into $135 or €120.

Anyways, if you are interested with getting the device, then you can pre-order the phone starting from February 18.