Huawei has just launched the Y3 2018 Android Smartphone in South Africa with a 999 rand (~$80) price tag and one major feature is that, it runs on Android Oreo (Go edition) and like many other Oreo GO Smartphones out there, it sports some similar specs and features.

The bezels on the top and bottom of the Smartphone are still much more bigger as it escapes the popular 18:9 aspect ratio FullView display but the company included a wide view and louder speaker on the phone. It is available in White, Grey
and Gold color.

The entry-level Smartphone comes with in a 5-inch 854 x 480 display and features an 8MP f/2.0 aperture camera with Auto Focus with single LED Flash and 2MP front-facing shooter. The device is powered by a Mediatek MT6737M quad-core A53 chipset along with 1GB of RAM. 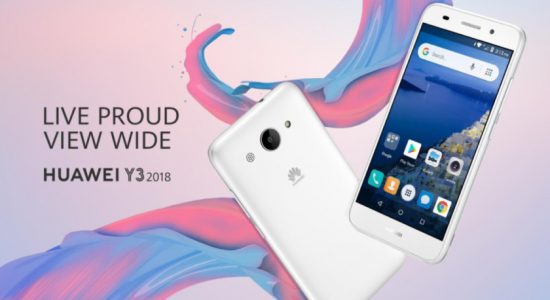 As mentioned by the company, the phone is optimized with F2FS file system. According to Huawei, this technology brings less operation of data writing and increase your phone’s life span.

On the storage option, the phone was announced with 8GB of storage but there is rumor that another variants will be launched with 16GB of internal storage and sorry, no expandable storage was mentioned. The phone is fueled by a 2,280mAh battery.

The Huawei Y3 2018 is not the first Smartphone to run on Oreo GO Edition, they are others which includes, Tecno F1, Alcatel 1X, ZTE Tempo GO, itel A32F but the 1X takes the Oreo GO OS to another level with standard specs and features.