Finally, the Huawei P30 is official and it was announced alongside with the P30 Pro and P30 Lite Smartphone. The P30 and the P30 Pro mobile phones arrives with some spectacular specs.

The both models of phones can be compared together, as they both sports few similarities and few differentiation in specs and features. 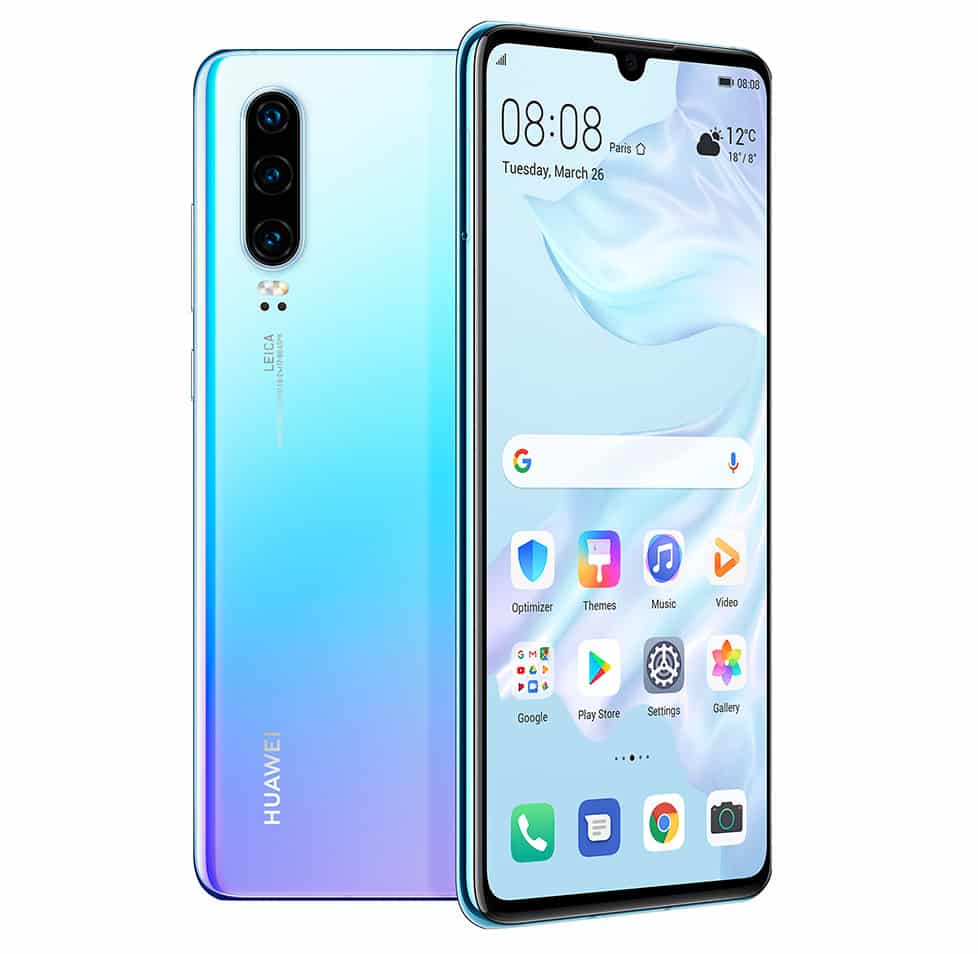 The Huawei P30 is the company’s latest flagship and it come with impressive gradient glass back design and reputable Water and dust resistant (IP53) rating.

Of course, there is a notch display but it looks almost bezel-less. The mobile handset is available in Black, Pearl White, Aurora, Amber Sunrise and Breathing Crystal options.

At the back, you will only find a triple rear camera setup, and a LED flash. Because the fingerprint sensor is built right inside the screen display of the phone.

It is impossible not to note that phones now comes with so many camera lens, and a triple rear camera is just part of the huge big game, altogether.

The phone packs a respectable triple camera lens at the back of the phone, which consists of a 40-megapixel RYYB sensor, a 16-megapixel ultra-wide sensor and an 8-megapixel sensor with telephoto lens with for 3x zoom.

It can even capture low light photos with up to ISO 204800, two times more than the P20 -where the P20 Pro appears as the world’s first phone with Leica-triple camera.

While the water-drop notch, which is also known as dew-drop notch display houses a single 32-megapixels f/2.0 shooter with dated fixed focus feature.

It arrives with bunch of camera features, such as Portrait Against Backlight and AIS (Artificial Intelligence Stablization).

The network and connectivity features of the phone includes 3.5 mm audio jack, Wi-Fi a/b/g/n/ac, dual-band GPS, Bluetooth 5 and much more.

The Huawei P30 is completely powered by an 7nm manufacturing process-based octa-core Kirin 980 SoC with Mali-G76 GPU, for graphic performance.

If you are more interested, you can easily pre-order the phone right away, as it is available for order starting today globally.