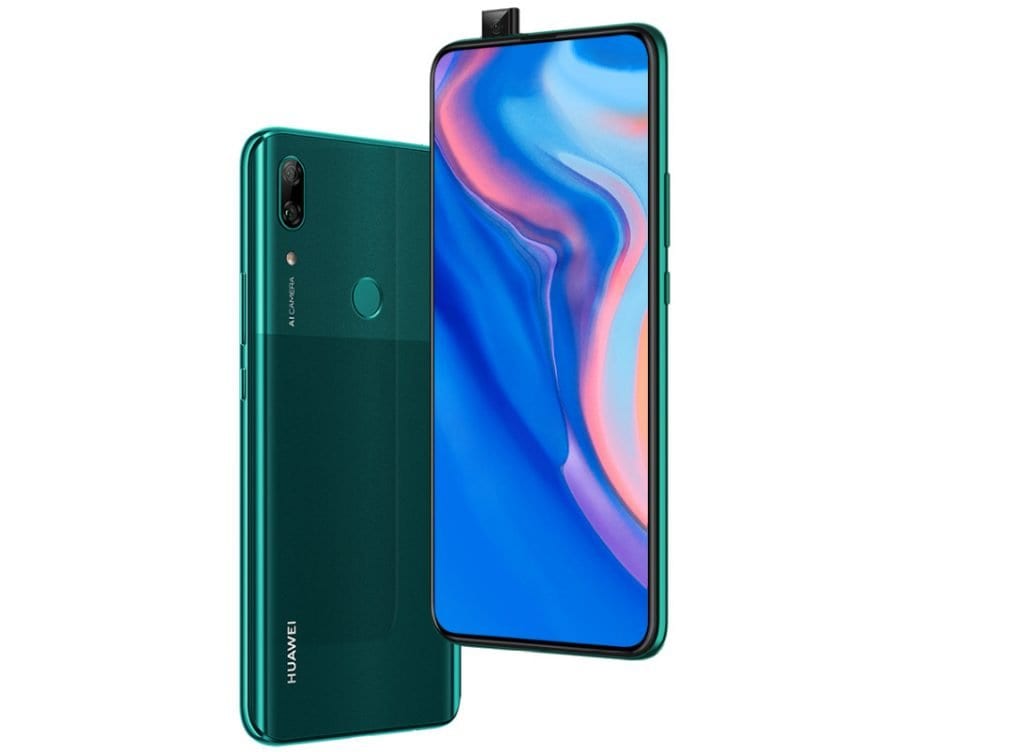 Actually, the Huawei P Smart Z is the company’s first Smartphone to feature a pop selfie shooter. Nevertheless, it is one of the cheapest out there.

The Huawei P Smart Z was introduced silently, and before the announcement, it was spotted on Amazon Italy, and also on the scompany’s websites in Spain and Italy.

It is a notch-less device, which means that there is no notch up front. There is a Pixel design here, all thanks to the stunning dual texture finish.

As a mid-range Smartphone, it arrives with a rear-mounted fingerprint sensor, instead of the in-display version. However, it is available in Midnight Black, Emerald Green, and Sapphire Blue color options.

Anyways, the back panel design is interrupted by a dual rear camera setup, which consists of 16-megapixel primary sensor with an f/1.8 lens and a 2-megapixel secondary sensor.

While the pop-up selfie shooter, only consists of a 16-megapixel sensor on the front as well with an f/2.2 lens. Thankfully, the company added AI-capability for both front and back cameras.

It is available in one single variant, and it is the 4GB of RAM, and 64GB of internal storage, which can be expanded up to 512GB via microSD slot.

The mobile handset is powered by a 4,000mAh battery capacity, and runs on Android 9 Pie with EMUI 9.0 on top. Meanwhile, Amazon Italy lists out the phone at EUR 279.90 in Europe.