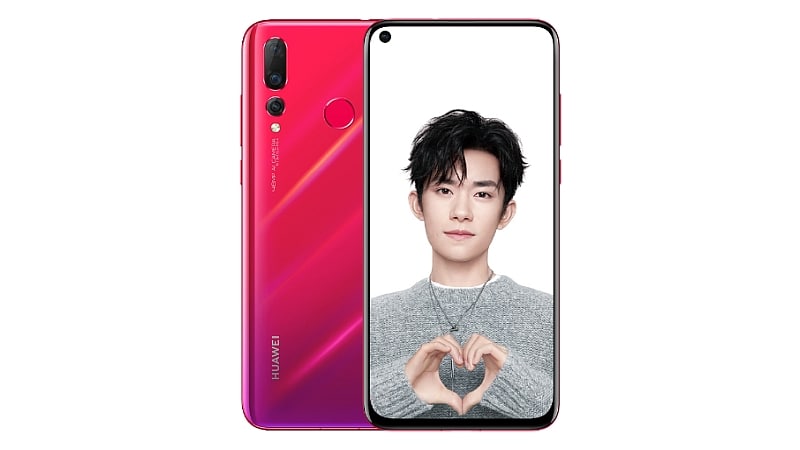 Huawei Nova 4 is an Android Smartphone with hole-punch, 25-megapixel selfie camera, 48-megapixel primary cameras on the rear, 8GB RAM, and fueled by a 3,750mAh battery.

Anyways, the Nova 4 is among the best phone right now. It comes in two different variants / models, which is available at $490 and $450.

Talking of hole punch, Samsung electronic beats Huawei to that, by introducing the Galaxy A8s handset. And it is the world first Smartphone to feature that. 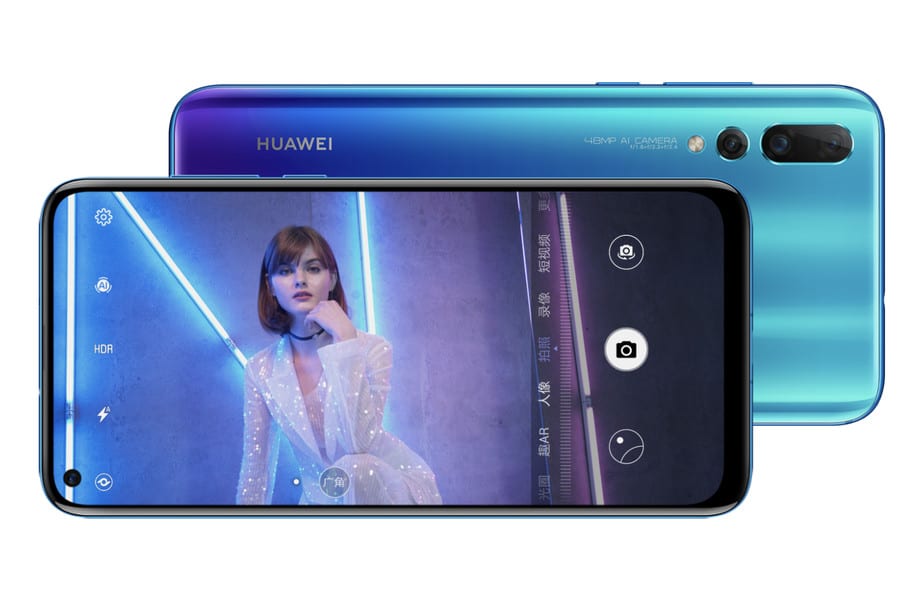 The Huawei Nova 4 mobile phone arrives with some spectacular design, display and intriguing specifications and features. It was officially launched in China.

Features a shiny crystal clear, spotless and impeccable design at the back, and front. It comes with a hole-punch, which only houses the selfie camera sensor.

The phone boasts of a 86.3 percent screen-to-body ratio. For colors options, the Nova 4 is available Black, Blue, Red, and White color variants.

The cameras are the selling points of the Smartphone, there is a triple camera setup at the back, and a single lens at the front of the phone.

At the back, the device arrives with a spectacular triple rear camera setup, which consists of a primary 48-megapixels, 16-megapixel 117-degree ultra-wide angle camera with an f/2.2 aperture, and a 2-megapixel depth sensor with an f/2.4.

While at the front, the Huawei Nova 4 features an in-display 25-megapixels with an f/2.0 aperture. Which is also supported by EIS, Face Unlock and other camera features.

Huawei Nova 4 is powered by a Octa-core HiSIlicon Kirin 970 processor, which is found in the View 10 and Huawei P20 Pro.

The handset sports the 8GB of RAM, for seamless multitasking and features a 128GB of storage, which is NOT expandable via micro SD card slot.

Meanwhile, the other model, Huawei Nova 4 with 20-megapixels, which replaces the 48M goes for a cheaper price of $3,099-yuan / $450. Anyways, the phone will later be available in other Asian and European countries.