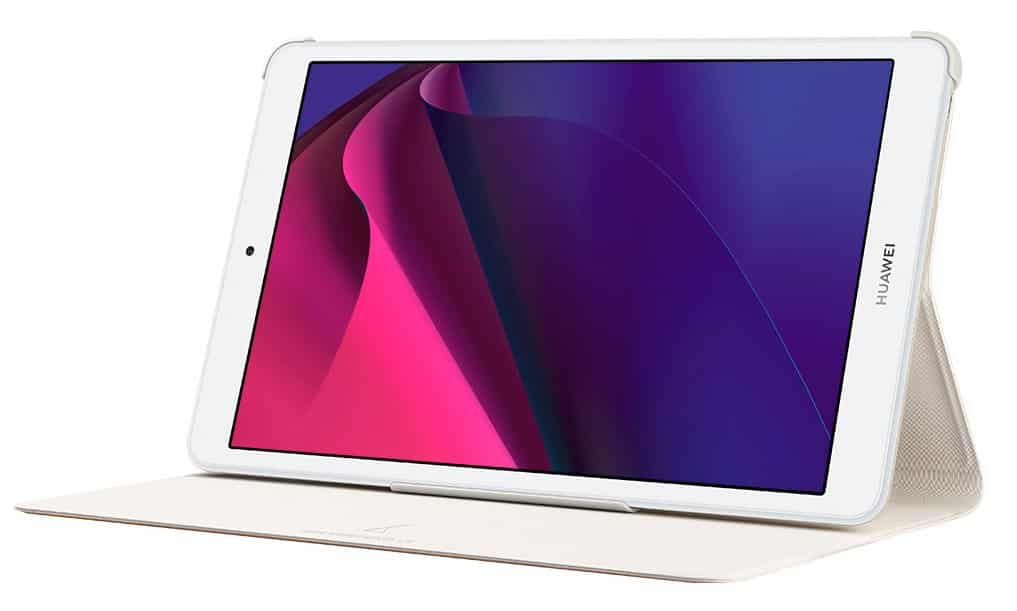 The HUAWEI MediaPad M5 Lite looks magnificent in all design, and has good specs on paper, which are definitely amusing and quite impressive.

Well, it is not a 10″ inch tablet, but an 8-inch Full HD screen tablet, and the tab packs a 13-megapixel rear camera and an 8-megapixel camera on the front.

Which is coupled in two different variant, there is the 3GB RAM + 32GB internal storage and 4GB RAM + 64GB internal, which are both expandable up to 512GB via dedicated micro SD card slot.

The tablet also comes with Dual speaker, Huawei Histen sound support and is Harman Kardon audio certified. Essentially, it is fueled by a 5100mAh battery capacity!