The HUAWEI MatePad Pro has been officially announced with HUAWEI M-Pencil 12, 10.8-inch QHD+ 2.5D curved glass display, and it is powered by an Octa-Core Kirin 990 SoC.

It is no longer news that the Chinese phone makers, like Xiaomi, are known for introducing similar products like Apple. We had an identical Apple watch with the crown head and other indistinguishable designs as Xiaomi Mi Watch.

On the other hand, Huawei also unveiled its own answer to Apple’s iPad Pro, which is the 10.8-inch MatePad Pro with much smaller 4.9mm bezels and the latest trending punch-hole front camera.

They are calling the new device MatePad laptop instead of the well-known MediaPad tablet. It is currently available in WiFi and LTE variants, but the 5G version will arrive in Q1 2020.

The new Huawei’s Pad is the company’s latest top-end tablet in China. It features a 13-megapixel autofocus rear camera with PDAF and an 8-megapixels in-screen selfie camera.

On top of that is the magnetic HUAWEI M-Pencil 12 with 4096-level pressure sense and 20ms ultra-low latency. That can be placed on top of the tablet.

The Huawei M-Pencil is connected with active magnetic pairing, and at the same time, it can charge wirelessly. It supports fast charging, the battery is great – 30 seconds charging time and 10 hours usage time. 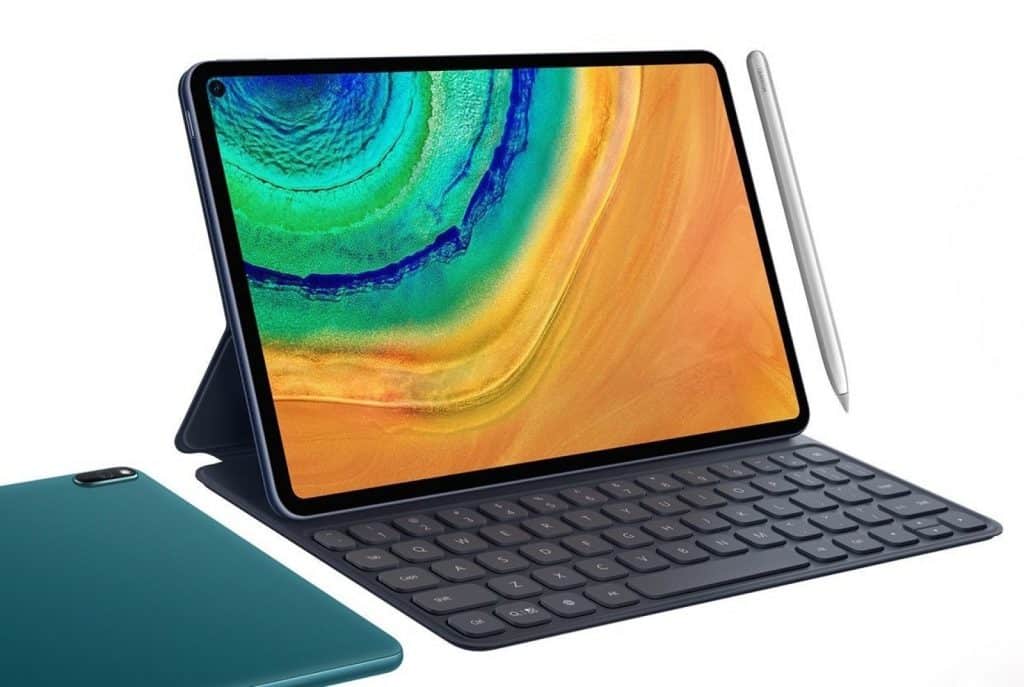 It runs on EMUI 10.0.1 based on Android 10.0 out of the box, and it is powered by a 7250mAh battery capacity with a 40W HUAWEI super fast charge. It also supports 15W wireless charging and 7.5w reverse charging to charge other devices on the back of the tablet.