In China, Huawei announced a MatePad Pro in November and it debuts with iPad Pro features. In 2020, Huawei introduces the 5G variant of the same MatePad Pro.

Comparing the 2019’s and 2020’s MatePad Pro, you will find almost identical specs and features. Starting from the display, battery, cameras, processor, operating system and others. 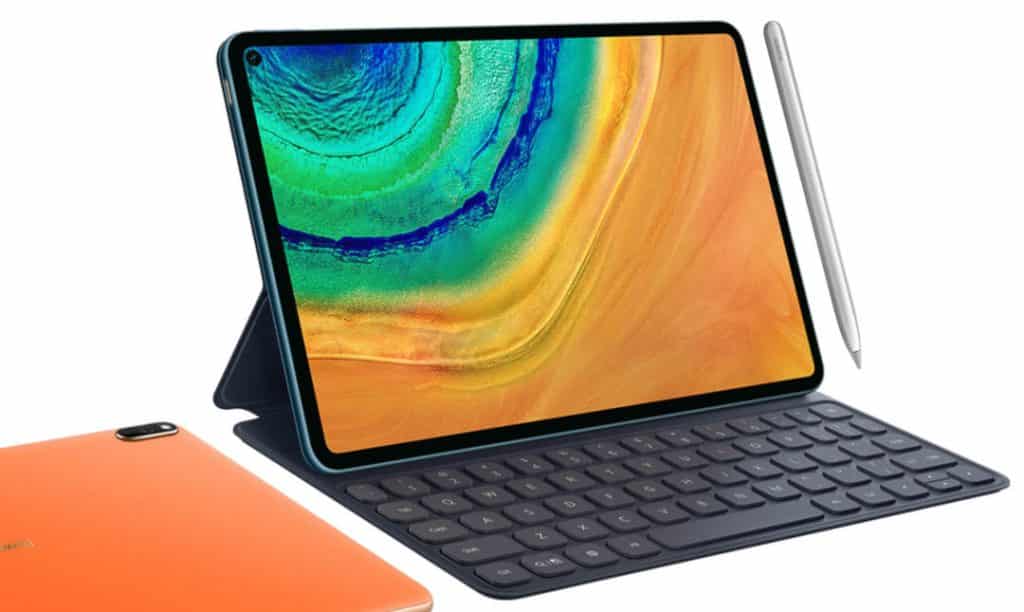 The M-Pencil was also available on the original MatePad Pro WiFi/LTE version, which supports fast charging, charges for 30 seconds and write for 10 hours straight.

It can still be attached to the top of the tablet with active magnetic pairing, and simultaneous wireless charging. Which much like the Galaxy Tab S6 that can be attached at the top and back of the tablet.

It also comes with an optional 260 grams keyboard cover, known as the smart magnetic keyboard with 1.3mm keystrokes. You can practically open the keyboard to wake up the tablet and close the keyboard and turn it into a screen protector.

You can wireless charge the tablet, it offers wireless charging capacity to other phones. The company confirmed that it can use this capability to charge its keyboard case wirelessly.

And much like other reverse charging phones out there, you can use this feature to charge one device at a time, either supported headphones or smartphones.

We can confidently confirm that the bezels on the MatePad Pro 5G are quite smaller than the Apple iPad Pro. It weighs a little bit heavier at 492g, and available in Orange and Forest Green colors option.

Like the company’s MateBook Laptops, it comes with the ability to mirror the screen of a paired smartphone. This can only be successful with compatible EMUI devices.

To get started on the screen mirroring, you just have to tap your phone on the smart keyboard’s right shift key. Allowing you to do things like type messages or transfer files between the two devices. It is quite different from MateBook laptop pairing, which requires using NFC.

There’s a small hole-punch notch for the tablet’s selfie camera, which houses an 8-megapixels front-facing camera with f/2.0 aperture and a 13-megapixel auto-focus camera with PDAF stays at the back panel.

MatePad Pro 5G runs on Android 10 with EMUI 10 on top with Huawei Mobile Services (HMS). The tablet will ship with open-source Android, without Google’s apps or services.

You can start purchasing the phone from June in China, across the Asia Pacific region, EMEA, and Latin America.