With an inward folding design, HUAWEI launches its latest foldable Smartphone with an 8-inch 90Hz OLED foldable display at an event in China, the HUAWEI Mate X2 and it is powered by Kirin 9000 5G processor.

The HUAWEI Mate X2 is actually the first foldable phone with a periscope lens, and the camera design is a little thicker. The left and right halves of the Mate X2 feature a wedge-shaped design that gives an extra edge and sports a side-mounted fingerprint sensor.

Both screens offer an OLED display and a 90Hz refresh rate outer display supports. Huawei says the inner screen uses the industry’s first “magnetically-controlled nano-optical layer”. Which is another way of saying it minimizes light reflection and glare.

The Mate X2 features a new hinge design that is made of Zirconium-based liquid metal and carbon fiber panels, which allows the device to close completely without a single gap, and you can easily close it with a single hand. It can also withstand a pressure of more than 2,100MPa. 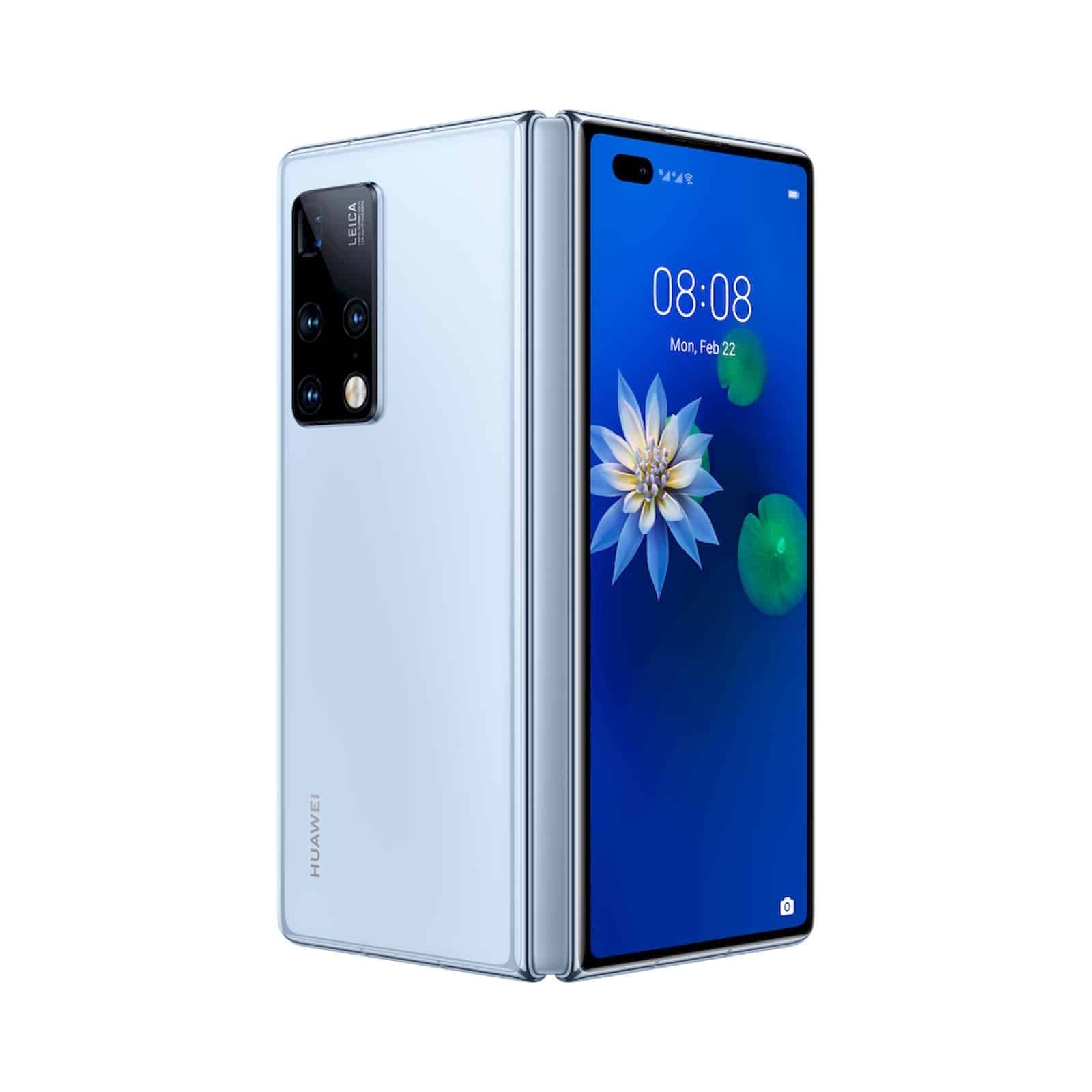 Inside the OLED panel forms a teardrop shape to minimize creasing, the thinnest part is just 4.4mm and it is pretty heavy at 295g. It runs on Android 10 OS with EMUI 11 on top, but HUAWEI confirmed that this will be the first phone to get HarmonyOS in April.

The device comes in a single 8GB LPDDR4x RAM but offers in two different 256GB / 512GB storage, of which any can be expandable up to 256GB through a dedicated NM card support. Mate X2 comes with Hybrid Dual SIM, which either offers nano + nano / NM card.

On the second screen is the selfie snapper, it is a 16-megapixels front camera with f/2.2 aperture which can’t be used for video calls and it frees the large inner display of holes and notches.

In partnership with Leica, HUAWEI developed the rear quad camera setup, where the main camera sensor is the 50-megapixels with a 1/1.28” RYYB sensor, which supports OIS and can record 4K video with an f/1.9 aperture. It can also be used to shoot selfies too. 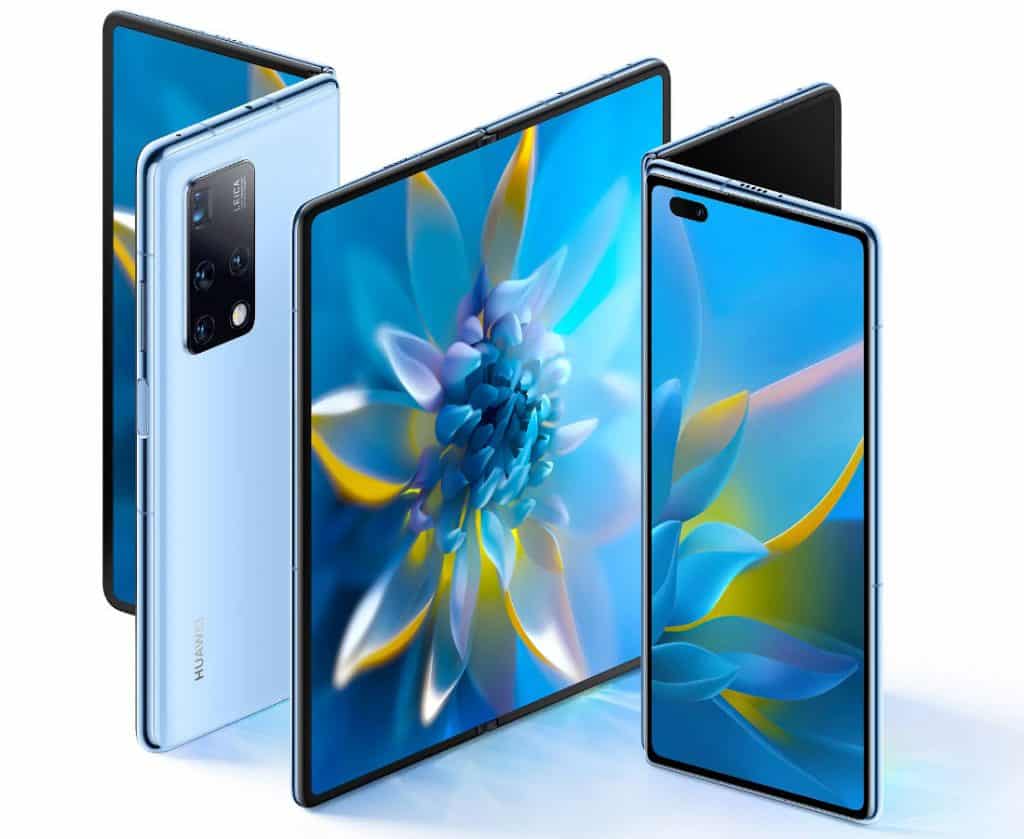 There is the 8-megapixels periscope telephoto camera with 10X zoom, supports up to 100x digital zoom, and features OIS. Another is the 16-megapixels ultra wide-angle which doubles as a macro camera lens and 12-megapixels RYYB 3X telephoto lens.

The HUAWEI Mate X2 sports dual speakers, and features a 4500mAh battery with 55W SuperCharge wired fast charging through Type-C. Inside the box is a USB-C cable, USB-C headset, a leather protective case and screen protectors pre-applied on both screens.