Samsung has started a Smartphone evolution, and it is the Foldable phone! Huawei has launched theirs, and it is known as the Huawei Mate X 5G Foldable Phone.

Of course, the Huawei Mate X 5G Foldable Phone is an actual rival to the Samsung Galaxy Fold, and the phone folds without a gap.

During the launch, Huawei claims that the Mate X has a patented hinge design with over 100 components. And that it took Huawei’s engineers took three years to bring in the Foldable phone.

The talk of Chinese company, Huawei making a Foldable phone has been rumored for a while, and today, we have seen the full image, picture and Oppo are also aiming straight at it.

The Huawei Mate X 5G Foldable phone was officially unveiled at the pre-MWC conference in Barcelona. Featuring dual OLED FullView Display panels, that goes all the way up to 8-inch OLED tablet.

The spec on paper are quite amazing, and much more inspiring, as it comes with 5G, 4,500mAh battery, and Huawei’s in-house Kirin 980 processor. 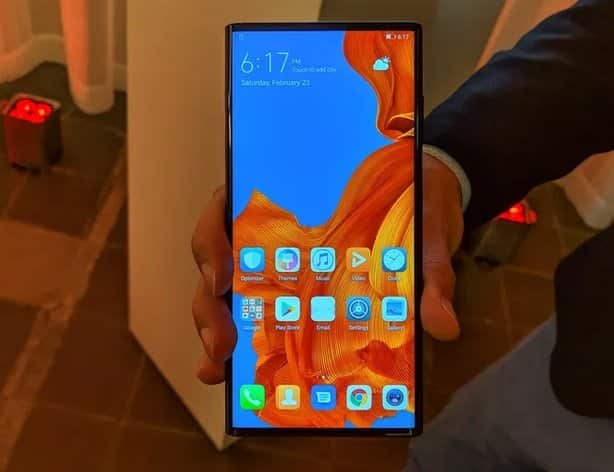 It works magnificently than the Samsung Galaxy Fold, and it arrives with two OLED FullView Display panels on the outer body, which immediately brings 8-inch tablet.

Well, it is good, and remarkable to see that Chinese Smartphone maker, Huawei is taking a different path, but still arriving at the same point.

For instance, the Galaxy Fold arrived with an Infinity Flex Display, but the Mate X used a Falcon Wing Design and a FullView Display experience.

Another pointed spec, is the display notch on the Galaxy Fold, which was houses the selfie camera, but it is not available on the Huawei Mate X.

Huawei Mate X’s single OLED display can be used in three ways, if the device is folded, you’ll have a dual-screen smartphone.

The second display on the rear allows you to take selfies with the main camera or to share what’s on your primary display with a person on the other side.

And when you automatically opens up your Mate X Android Smartphone, you’ll get 8-inch OLED display tablet with minimal bezels on three sides.

Huawei at its conference showcased that the 6.6-inch display panel is larger than what the iPhone XS Max and Galaxy Fold. It is the finest out there, esp for one-hand operations.

Meanwhile, when the device is unfolded, the 8-inch display has a 2480×2200 pixels resolution along with an 8:71 aspect ratio.

“With Huawei Mate X, we bring the future of design and the future of technology,” Richard Yu, CEO, Huawei Consumer Business Group, at the pre-MWC conference.

On one of the sides of the Mate X, Huawei leaves a thicker section that houses the three cameras, flash, and a push-button latch that secures the folded tablet in a closed position.

Well, the thicker grip section helps you to fold the phone outwards, and this radically helps to protect the display, whenever it falls down.

The Mate X arrives with a single Interstellar Blue colour option, and in the box includes a Full Protection Case that protects the phone extensively. 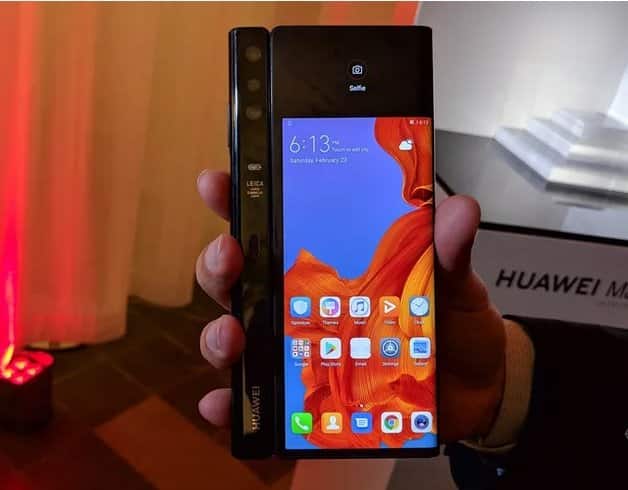 It is reported that Huawei Mate 20 arrives with the same camera spec on the Mate 20. Because Huawei Mate X camera are also powered by Leica optics.

And it arrives with three camera sensor in total, offering two-in-one front and rear camera setup. And yes, it is powered by Leica optics.

According to Huawei, the Mate X arrives with a mirror shooting mode. This feature lets users show the preview of what they’re capturing to others, thanks to the rear display panel.

The Mate X also comes with 5G support to deliver high-speed data access with low latency, which is powered by HiSilicon Kirin 980 SoC.

The Huawei Mate X is powered by the company’s HiSilicon Kirin 980 SoC, which was also used on the Mate 20 Pro and the Honor View 20.

And the Mate X is using the Huawei’s Balong 5000 5G chipset, which is the world first 7nm modem, which delivers up to 4.6/ 2.5Gbps downlink/ uplink speeds on Sub-6GHz.

It is coupled with a 8GB of RAM, and has 512GB of onboard storage that is expandable up to 256GB via microSD card. You can store more files, document as your want. 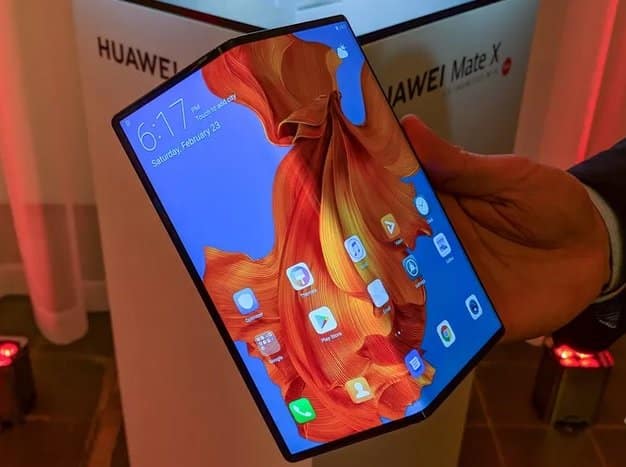 The phone is fueled by two battery packs, like the Galaxy Fold, and when combined it offers 4,500mAh of capacity. And it is enhanced by the Huawei’s 55W SuperCharge technology.

It is an upgraded 55W version of Huawei SuperCharge, and placed on the Mate X to deliver 85 percent of power in 30 minutes of charge. That is incredible.

Lets checkout the short video review of the Mate X from TheVerge.