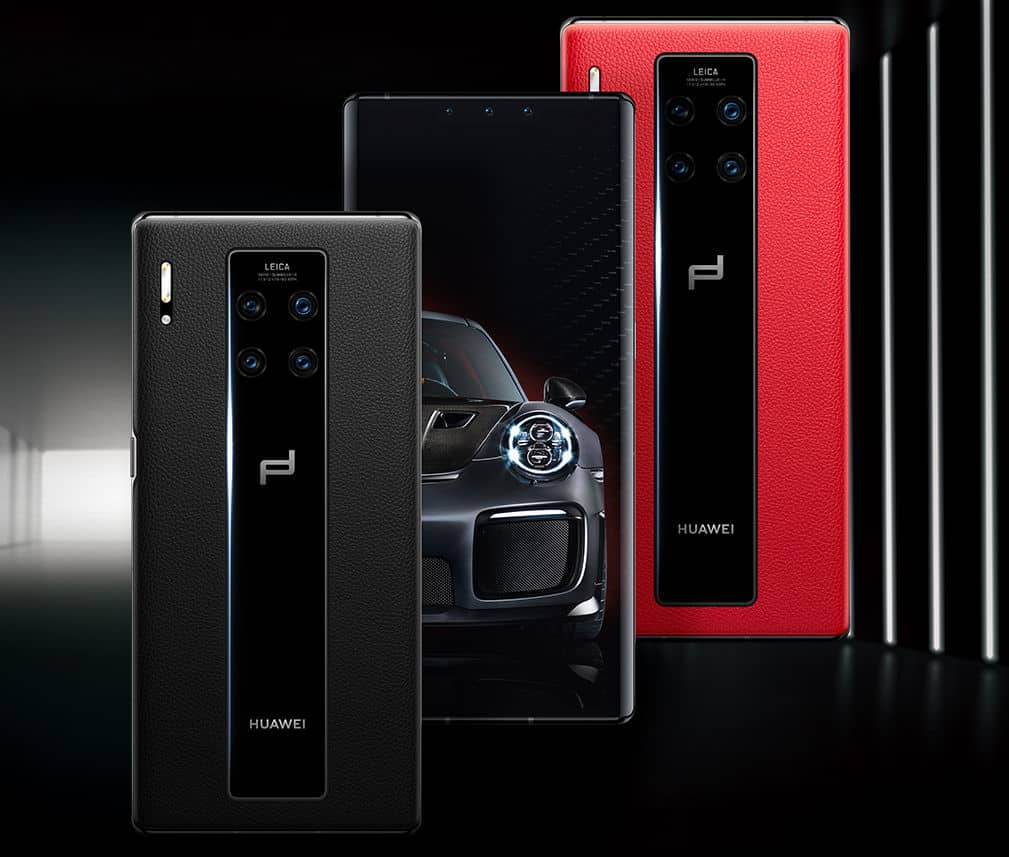 During the event, the company announced the AI Vision TV that offers 4K picture, Huawei FreeBuds 3 true wireless earbuds, and the Huawei Watch GT 2. Along with the Mate 30 family lineups with 5G versions.

One of the most notable feature of the lineups is the attractive circular camera bump. Huawei is bringing back that awful camera bump but in a much more unique format. Making it a definite premium top-end device!

Although, me might have seen different renders and rumors surrounding the Huawei’s latest flagship phones before the announcement. But we are glad that the Huawei Mate 30 series is now official. But the company has not mentioned the phone availability.

Since, the phones did not arrive with any sort of Google’s apps and services, nor Play Store preinstalled, the company made all this available via Huawei AppGallery. 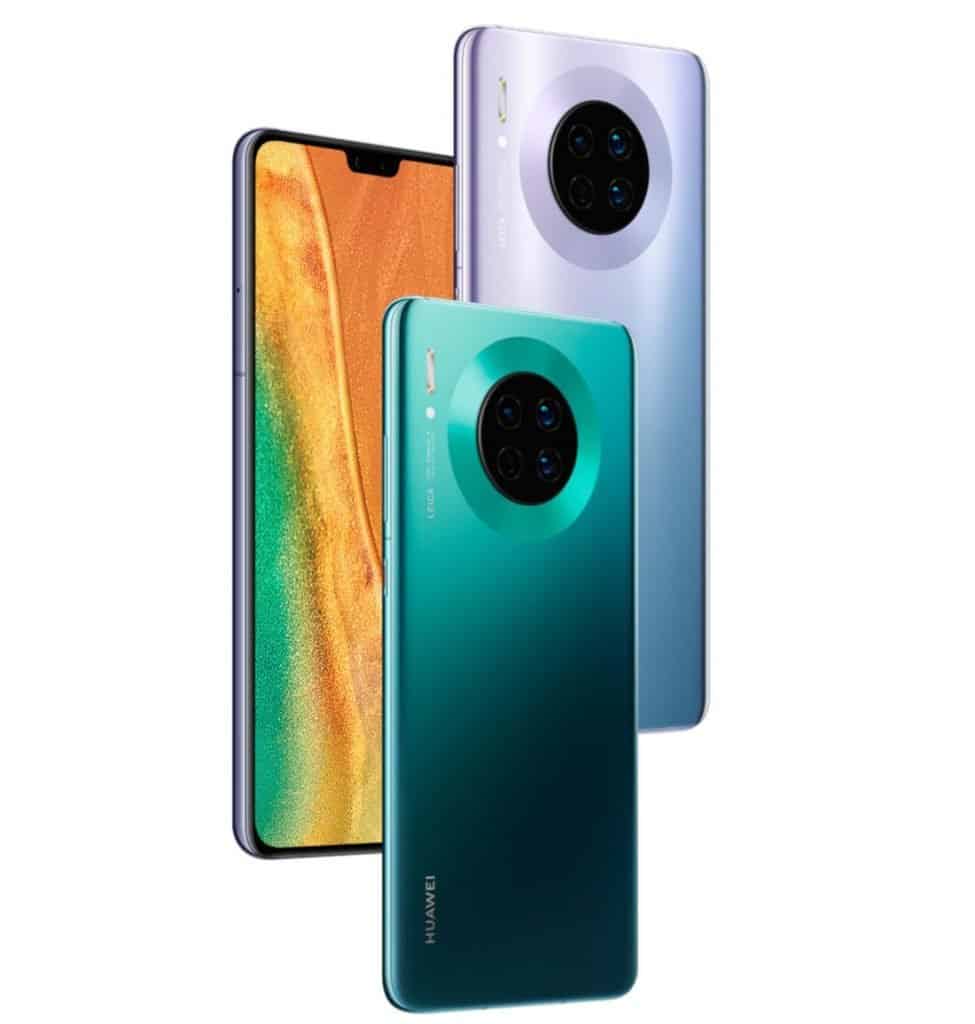 Instead of arriving with Google’s services preinstalled, the Mate 30 Series would instead ship with the Huawei Mobile Services (HMS) core, with over 45,000 apps integrated.

Although, the Mate 30 Pro arrives with a larger notch than the regular Mate 30, and the display goes around the edges of the device. Huawei is calling that circular camera cutout a Halo ring design.

When it comes to video coverage, the company boasts that the phone can record in up to 4K 60 fps, or record in slow motion at speeds of up to 7680 fps when filming in 720p.

Meanwhile, the 5G variants of this phones supports 14 antennas for 5G, and 21 antennas in total. They are also powered by Huawei’s Kirin 990 chip with built-in 5G modem.

Although, it was officially announced at IFA at the beginning of the month. But the chip happens to be the company’s first with integrated 5G modem. And they will arrive with other respectable specifications and features. 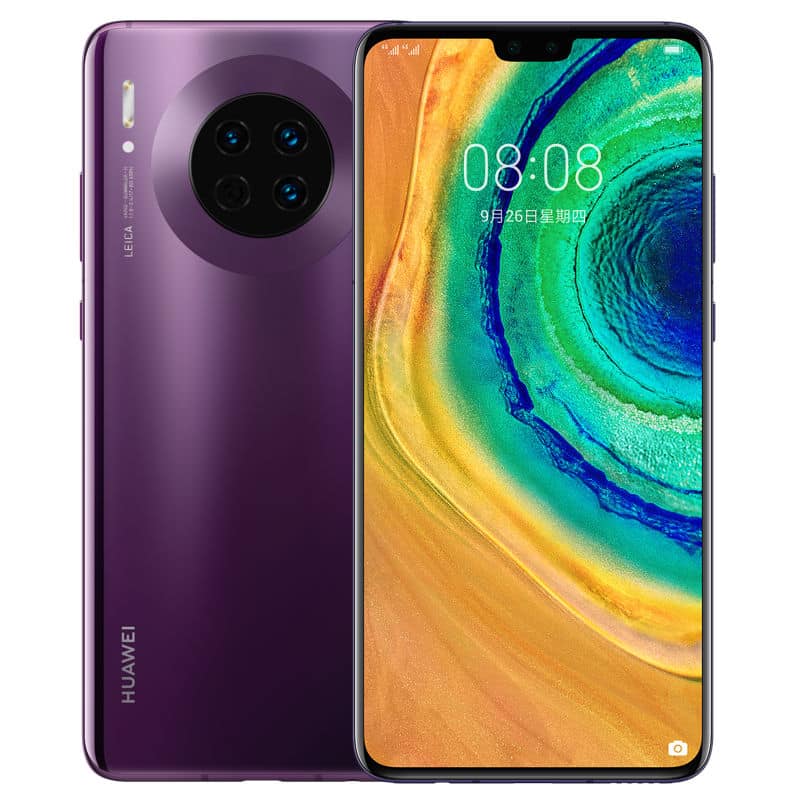 The HUAWEI Mate 30 and Mate 30 5G both arrives with a 6.62-inch FHD+ OLED display, in-display fingerprint scanner, Kirin 990 and Kirin 990 5G 7nm SoCs with dedicated NPUs and run Android 10 with EMUI 10.0 on top but lacks Google apps and all its services.

And they also features a triple Leica-rear camera system with 40MP SuperSensing Camera, 16MP Ultra-wide camera and an 8MP Telephoto Camera. It also includes a a “laser focus” sensor. There is a 24-megapixel camera on the front.

It also comes with Wireless Reverse Charge, which allows the device to power other Qi wireless charging enabled phones, like the work of a power bank.

Unlike the other top-end Mate 30 PRO and its 5G variant, there is that boring physical buttons, lacks full QUAD rear cameras, a 3D Face unlock or Depth Sensing. Instead of those physical button, the company did the Vivo NEX 3 side touch design on the PRO variant.

The HUAWEI Mate 30 phones are available in Emerald Green, Space Silver, Cosmic Purple and Black color options, while the Mate 30 5G in Forest Green and Orange are available in vegan leather. 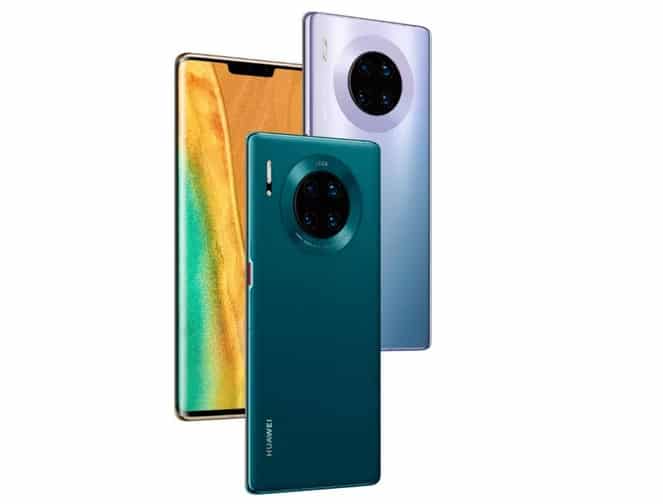 It goes up to the cameras, where the circular Halo ring design features the main 40-megapixel camera with a f/1.8 aperture, an ultra wide-angle 40-megapixel f/1.8 camera, an 8-megapixel f/2.4 telephoto camera, and a 3D depth sensor instead of the laser focus sensor on the Mate 30.

Boom, we have the side touch design, which eradicates the physical volume buttons. All you have to do is to tap the invisible virtual keys for dual side control. Similarly to the Vivo NEX 3!

The Huawei Mate 30 Pro is available in six colors total, which includes a two vegan leather options: green and orange. While other colors are silver, green, purple, and black.

If you have that high taste, you can also settle for a new Porsche Design edition of the Mate 30, which uses a genuine leather finish on the rear of the device. The Porsche Design Huawei Mate 30 RS is available in red and black, and but lacks that circular camera bump.