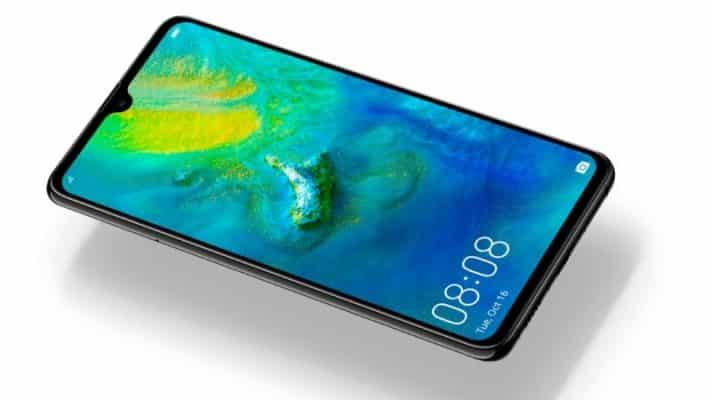 At the Huawei event, held in London, the Chinese brand, launched the Huawei Mate 20 and it runs on EMUI 9.0 on top of the latest Android operating system. The phone comes with a tiny, v-shaped notched design, which is popularly known as water-drop notch feature. 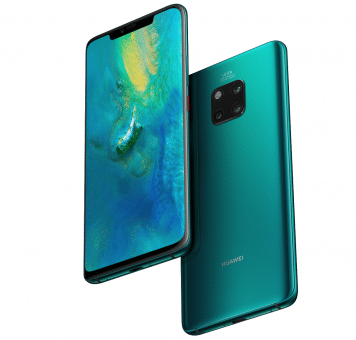 The Mate 20 arrives with an impressive massive screen display, of 6.5-inch, LCD, RGBW display, DCI-P3 HDR with 18.7:9 aspect ratio, and display is flawless with the screen resolution of 2244 x 1080 pixels. The company is touting a maximum brightness of 820 nits.

Coming with the 18.7:9 aspect ratio, it boasts of pure slimmer bezels surrounding the screen display. It is surprising to find that the bezels are quite smaller like the notch, and it boasts of 88.07 percent screen-to-body. Huawei proclaims that the Mate 20 arrives with a 2.6mm side bezel, and 8.9mm width for the screen notch.

The notch at the top, which the company is calling “Dewdrop display” houses only the selfie camera, it is one of the smallest! And the Mate 20 is shiny in its glass + aluminum frame combination.

Packs a triple camera sensor at the back, based on top of the fingerprint sensor scanner for easy unlocking. Available in Emerald Green, Midnight Blue, Twilight, Pink Gold, Black color options. The company is adapting its gradient color combination that changes in direct sunlight, or when twisted to the other side.

Huawei is sticking to its P20 Pro aesthetic signature unique debut, triple lens camera at the back. For the competition aspect, only Samsung’s Galaxy A9 (2019) and LG V40 ThinQ were able to fight for that case -the superfluous of camera lens!

The Galaxy A9 (2019) is the first Smartphone to sports a quad-camera at the back, while the V40 ThinQ comes with triple rear camera and dual front-facing camera sensor. Huawei’s Mate 20 series features a special set of the three cameras -like a square shape.

The Mate 20 is the world first mobile phone to use the 7nm dual AI chipset with HiSilicon Kirin 980 processor. And it is also the first to use ARM’s new Cortex-A76 cores. Providing a 60% significant upgrade, 58% improved power efficient and 75% faster performance than its predecessor.

The new chipset is made up of 6.9 billion transistors. The Kirin 980 CPU is coupled with the two A76 as the big cores, two more A76 as medium cores and, four small A55 cores. And it comes in two variants, 4GB or 6GB of RAM and 128GB storage, expandable via Huawei’s new NM card, up to 256GB.

It runs on EMUI 9.0 out of the box, based on Android 9.0 Pie and ensure optimizations to ensure a smooth performance. Mate 20 is fueled by a large 4000mAh battery capacity, via a USB-C and support 40W Huawei SuperCharge technology, but ditches the wireless charging tech. Huawei says its formidable 4,000 mAh battery can manage 11.21 hours of “super heavy” use.