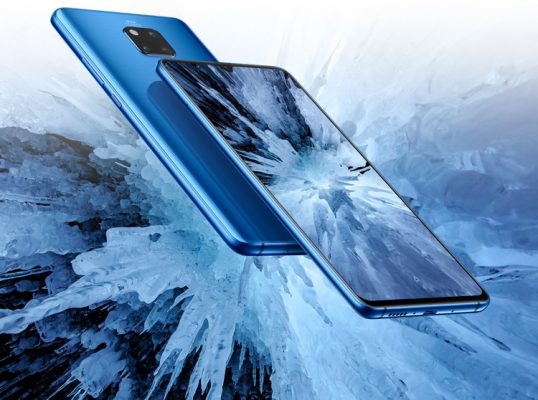 The Huawei Mate 20 X arrives with a spectacular design on the front, featuring the latest and trending v-shaped notched display, which is popularly called “water-drop notch” but the new mobile phone is mainly launched for gaming personnel. It is a phablet, one of the biggest Huawei phones ever! 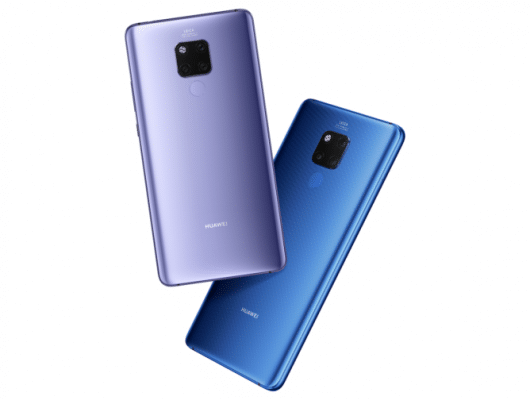 Despite being a phablet, the Huawei Mate 20 X has a unique design, it is the world first biggest gaming Android Smartphone. It comes with an impressive 7.2″ OLED display with 1080 x 2244px resolution and a waterdrop (teardrop) notch. The premium device supports Samsung Galaxy Note’s signatures, it is the M-Pen stylus.

You might be expecting the Huawei’s P20 Pro gradient dazzling colors, but Huawei is sticking to a single color for the Mate series. Anyways, you might still find that glaring and skillful colors under the glass back panel. For a premium Smartphone, Huawei is leaving the in-display fingerprint sensor scanner for the Mate 20 Pro.

The Huawei Mate 20 X comes with some special color options, and brings out the best in your fashion sense. Comes with a rear-mounted fingerprint sensor scanner, triple Leica camera. It is available in Midnight Blue and Phantom Silver color options.

The Huawei Mate 20 X mobile device packs a tri- Leica camera on the back, equivalent to P20 Pro but with a different camera sensor arrangement. The Mate 20 X picks a lot of resemblance from both the latest Mate 20 and Mate 20 Pro but lacks some confidential camera lens.

It is much more like the other two models, -Mate 20 and Mate 20 Pro Smartphone. There is the rear camera sensor, which consists of three Leica lenses. The main 40-megapixels RGB lens, then 8-megapixels telephoto and the 20-megapixels for ultra wide angle. And a 24-megapixels front-facing selfie snapper.

The Mate 20 X is powered by a world-class 7nm Kirin 980 chipset coupled with a CPU of a Cortex-A76. There is the powerful Mali-G76 GPU, both will deliver fast performance in processor and high-level of seamless gaming hours, the GPU will power the intensive game graphic and brings the various attachment to a single piece.

The Mali-G76 GPU is 50% faster than a G72, providing sufficient gaming hours along with the Huawei’s GPU Turbo 2.0 tech for faster. smoother and impeccable game play. To cool the heating period, the Mate 20 X comes with a feature called Supercool, like others, it is used for a vapor chamber cooling with a graphene film heat spreader.

The Ultra wide screen display Smartphone, Huawei Mate 20 X will definitely look much like a right-handed Nintendo Switch, as the company will launch a gamepad that attaches to the left-hand side of the handset, complete with an analog stick and a D-pad.

Comes with a large 128GB of ROM, you can have some few space for your files, and documents. Huawei is also bringing a new patent trademark to the Mate series, it is the NM Card, – it is a new design that offers the capacity and performance of microSD in a card, the size of a Nano SIM.

Which means that, you can use one of the phone’s two SIM slots as extra storage without the need for a dedicated microSD slot or an extra-long tray but the pricing yet to be know. If it stays or not, we do not have any idea but the first time, Sony tried it, it was a good history for them. There is 6GB of RAM for flawless multitasking, and switching of apps.

The Mate 20 X runs on Android 9 Pie OS out of the box, with Huawei’s EMUI 9.0 skin over the top. And Huawei is bringing a wild amount of features and specs to the latest operating system. They are coupled of AI features, and Huawei is asking for a starting price of €899 / $1,040 / N375,000 in Nigeria currency! The phone will starts arriving in Asia and Europe from October 28th.