Along with other Mate series, Huawei Mate 20 Pro was also unveiled with a unique body design, impressive and spectacular specs and feature. The event was held in in London, United Kingdom! Launching the Mate 20 Pro will definitely enlightens the company interest in the Smartphone world!

The Huawei Mate 20 Pro was launched with the Mate 20 and Mate 20 X. But one of the most significant spec is ‘charging other device wirelessly” It is a pure reverse of a traditional and normal wireless charging. It is pretty okay for a flagship settler to introduce a new special feature. 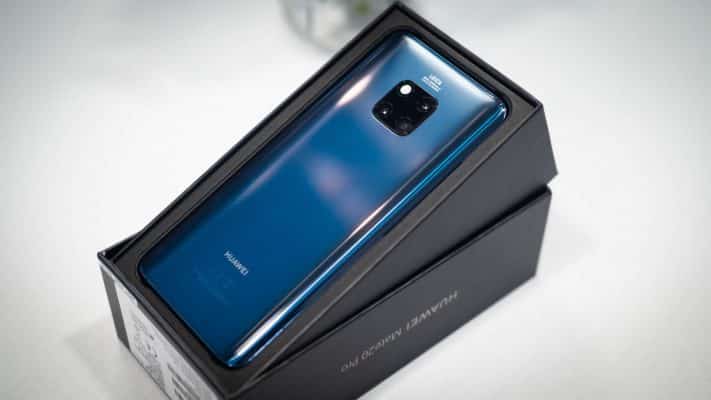 The Mate Pro arrives with a large 6.39″ screen display but smaller than the 6.53″ on the Mate 20 and 7.2-inches on Mate 20 X Smartphone. Anyways, it boasts of a 1440p display, and a super wide notch at the top of the display. It holds the IR flood illuminator and an IR camera for 3D Face Unlock.

Mate 20 Pro comes with curved OLED screen and provides a realistic display with screen resolution of 1440pixels and support HDR. The corners are rounded, boastful and quite impressive with its aesthetic profoundness. Coming with a 3D glass design, the handset is much more comfortable in your hands, all thanks to the Hyper Optical Pattern!

Another amazing feature, it doesn’t hold your fingerprint at the glass back and the bottom part of the screen itself is a security enhancement, support an in-display fingerprint sensor. The Mate 20 Pro is a combination of front and back glass design with a metal frame.

It is IP68-rated for dust and water resistance. Huawei is taking a lot of companies signatures and attaching to one device, and this makes the Mate 20 Pro more powerful and sophisticated. It is available in dazzling color options: midnight blue, emerald green alongside, pink gold, twilight, and a black option.

Huawei’s new Smartphone isn’t the first to come with a 3D Face Unlock feature, iPhone X and Oppo Find X has been on the hit for that. At the back, it got the realistic triple camera feature, which supports the three main act of cameras, wide angle lens, ultra-wide lens and a telephoto lens.

The 40-megapixels is the wide-angle lens with f/1.8 aperture, while the other 20-megapixelss sensor is the ultra-wide lens with f/2.2 aperture and then the 8-megapixels 80mm f/2.2 telephoto camera. The Mate 20 triple cameras are slimmed down a lot, than the Mate 20 Pro.

It comes with a lot of AI features, macro shots from just 2.5cm / 1in, AI Cinema Mode, AI Portraits, AI-painting photography, AI image stabilization, and many more. This AI-enhancements brings a more productive, naturalistic and impressive photo shots to your gallery and social media handle.

For a enhanced security, the Mate 20 Pro comes with a 24-megapixels f/2.0 but doubles as the 3D Face Unlock feature, it uses infrared dots to scan and authenticate your face to unlock the device, and compete with other Chinese brands, and support more security, it has an integrated fingerprint sensor inside the display.

Arrives with a feature called “AR lens” it brings out the 3D Live Emojis, which allows you to show your funny sides. Also has the ability to segment a photo into sections and enhance them one-by-one specially. Handful of network and connectivity, Dual band GPS and Dual VoLTE. 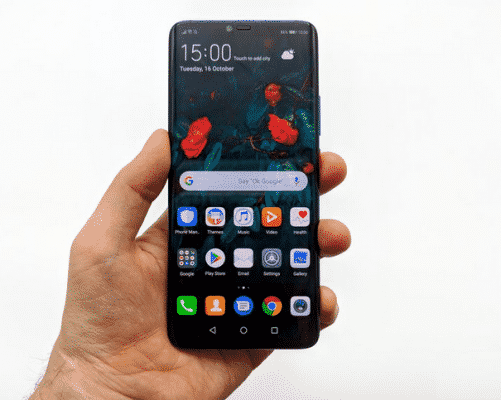 The Mate 20 family is the world first devices to arrive with super fast 7nm Kirin 980 processor, which was announced at IFA 2018. Being a Huawei products and chipset, the company baked a lot of AI features right into the brain of the processor. And it much more comparable to the standard high-end Qualcomm Snapdragon 845 SoC.

Where, you will notice the faster LTE with a Cat.21 modem with speed frequency up to 1.4Gbps, 1733 Mpbs Wi-Fi download speeds and comes with a 6.9 billion transistors. And it poses as a threat to the former generation, coming with a 75% faster upgrade performance, 58% power efficiency, and the NPU (neural processing units) assists the AI feature.

The Pro comes with a 4200mAh battery capacity with smart AI power management and support a new feature called 40W SuperCharge tech. Huawei promises that the Mate 20 Pro, “in 30 minutes, you can refuel the battery up to 70%” It also comes with a 15W Wireless Quick Charge, which gets the battery from 0% to 30% in half an hour.

Apart from the traditional wireless charging, Huawei is adding a new wireless charging support, it is called “Wireless Reverse Charging” that can possibly charge other Qi enabled devices, such as iPhone Xs, iPhone XS Max, Note 9 etc. The Huawei Mate 20 Pro is available with 6GB / 8GB of RAM and 128GB / 256GB of storage.

The ability of transferring that little juice to another Smartphone is worth a wait! Works magically, and if a phone is Qi supported, just enable the option on the Mate 20 Pro, and press the device against it. Sorry, its doesn’t fast charging!

The Huawei Mate 20 Pro comes with a stereo speakers, this is what the Mate 20 lacks. It comes with a expandable space but not with micro SD card, it is expandable via the new method, which only Huawei provides, it is the Nm memory cards. And can only be expandable up to 256GB.

It runs on EMUI 9.0 out of the box, which is based on Android 9.0 Pie. The Mate 20 Pro is purely targeting the high-end markets, with a special competition to the Galaxy Note 9 Smartphone, – a reverse wireless charging, standard 40-megapixel, in-display fingerprint sensor. And it is priced at €1,050 / N440k in Nigeria currency!