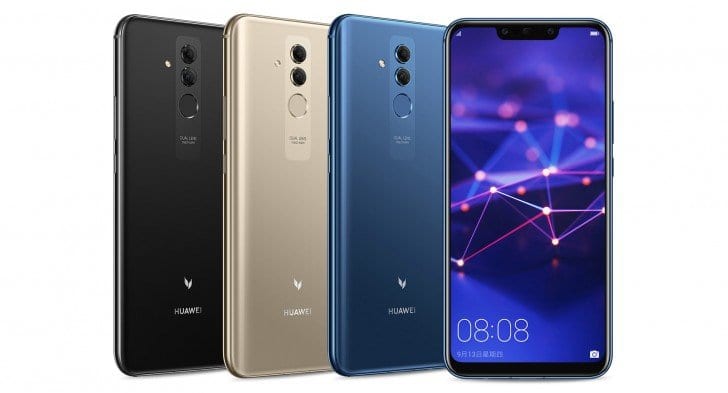 Chinese Smartphone maker, Huawei unveils their recent Android mobile phone in China, the Huawei Maimang 7 with four cameras, (dual rear and dual selfie), a top notch display, 6GB of RAM and a chin at the bottom.

Basically, the Huawei Maimang 7 specs on paper looks more like a flagship device but there is the premium feeling, the bold and vivid body design on the front and back. During the IFA 2018, Chinese company unveiled the Mate 20 Lite and Honor 8x.

Although, after the launch of the Mate 20 Lite, speculations sprang up that the company will launch the flagship devices but the date has been shifted to October 16th.

The Huawei Maimang 7 is a moniker of the Mate 20 Lite. The both phones comes with the same specs, and it is just the Chinese variant of the Lite version. The Mate 20 and Mate 20 Pro is the upcoming flagship device for 2018.

The phone comes with a large 6.3-inch with a notched display and boasts of 19:5:9 aspect ratio, with slimmer and thinner bezels around the screen. The cameras sensors pixels, battery capacity with fast charging capacity are the same. The phone is priced at CNY 2,400 ($350/€300), which is N127,000 in Nigeria currency.