Huawei FreeBuds 3 true wireless earbuds has been launched with Kirin A1 chip, Bluetooth 5.1, Intelligent noise cancellation and it sports a glossy black or white coloration. Before the launch, they were officially unveiled during IFA, will be available starting in October.

The company also announced the true wireless earbuds along with the round wireless charging case, which can be charged wirelessly or via USB Type-C. The countries of availability includes China, Europe, Middle East, Russia, Asia Pacific and Latin America.

The chip supports accurate audio and video synchronization and also eliminate the background noise during calls and enhance the voice simultaneously. All thanks to the AI chip that offers active noise cancellation.

However, the feature can be activated or deactivated at a tap. Allowing users to control over the experience they get from the headphones’ 14mm drivers and custom-built bass boosting tubes. 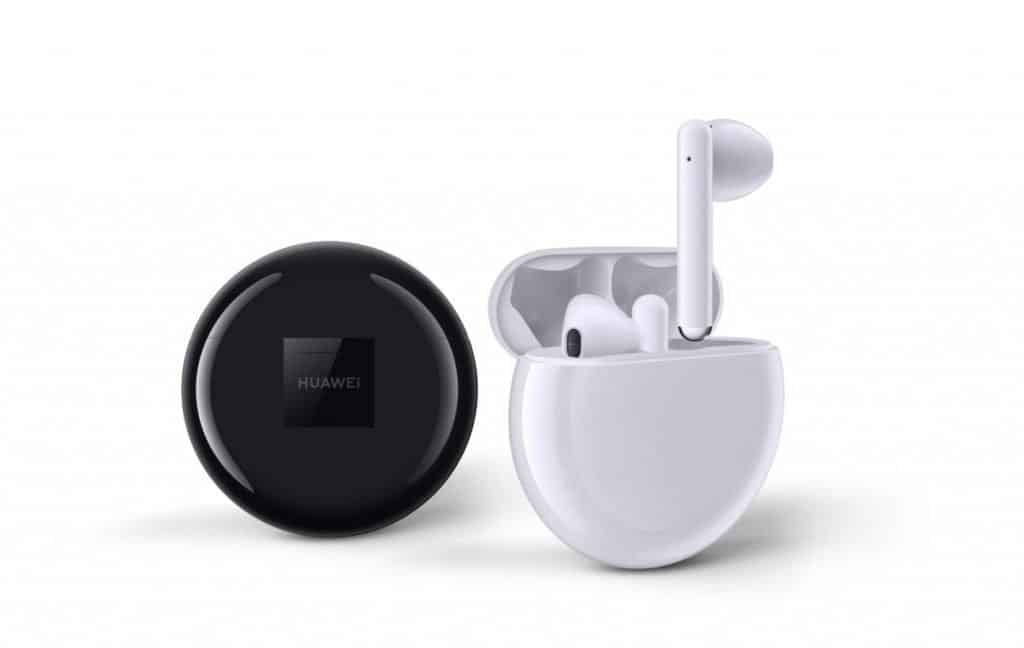 With the Bluetooth 5.1 and Bluetooth LE 5.1 dual-mode chip in both earbuds, you can now intelligently manages the listening experience, along with the improved stability, quality, and efficiency.

Huawei announced the new TWS earbuds in a spectacular Dolphin Bionic Design that automatically fits in your ears for a more comfortable and stable wearing, and the Open-fit design is ergonomically engineered for maximum comfort.

Alongside with the impressive features, it produces quality audio, and it sits at the high-end markets. It also have built-in bone voice sensor that can better pick up your voice through bone vibrations, by making it clear and stand-out during phone calls while the ambient noise has been reduced.

The HUAWEI FreeBuds 3 TWS earbuds is not price friendly, but Alex Wang, Huawei’s vice president of marketing operation concluded that the earbuds will be cheaper than Apple’s $199 AirPods.

After saying that, HUAWEI later announced that the FreeBuds 3 will cost 179 Euros, which is around $197. We are practically $3 away from the Apple AirPods. Of course, this isn’t a real deal!

How well do you like the sound of Banana phone?