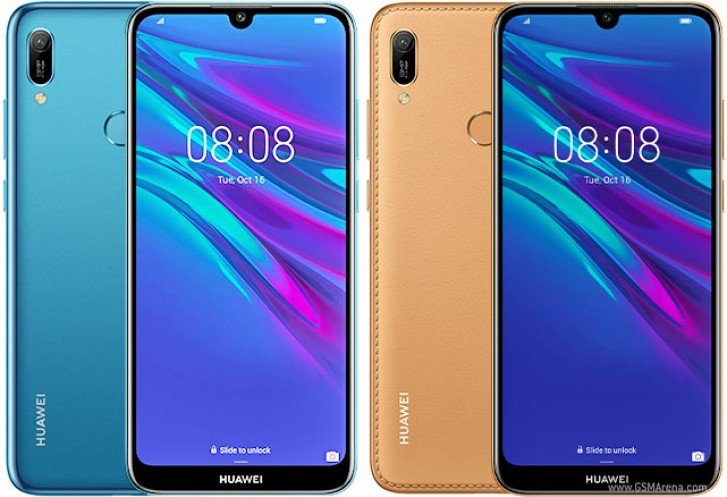 The mobile handset has almost identical specs and features with the Enjoy 9 Plus, but packs a different body design and processor.

Before the official launch of the Huawei Enjoy 9e Smartphone, the Chinese Smartphone maker, Huawei, has made the phone popular as Huawei Y6 (2019) in other markets.

And it also boasts of a 87% of screen-to-body ratio. The phone features a plastic build with a more prominent chin which features the Huawei logo.

Available in two major color options, but the gold model of the Enjoy 9e variant features a faux leather back. The phone is powered by a 12nm SoC that is clocked at 2.3GHz.

It also sports a 3GB of RAM, and Huawei’s SuperSound audio technology. For camera and video, it arrives with a 13-megapixel primary sensor along with an f/1.8 lens and HDR support.

While the water-drop notch display hosts a single 8-megapixel sensor front facing camera shooter, with an f/2.0 lens. And it is available with FM Radio.

It sports a 64GB of inbuilt storage, which is expandable up to 512GB via microSD card slot. The phone comes with Huawei’s SuperSound audio technology, which is meant to enhance the sound output.

It’s powered by the Helio A22 and it runs on EMUI 9.0 on top of Android 9.0 covers the software experience. The back houses the fingerprint sensor.