HTC announces its latest cheaper variants of HTC U12 Plus Android Smartphone. This is the HTC U12 Life, featuring a 18:9 phone with dual camera and an impeccable color design. Can we all rise and shine, for life with HTC is here!

HTC U12 Life is a notch-less and mid-range smartphone from the Taiwanese company, which was unveiled during IFA 2018. But the U12 Life is definitely an awesome device with exclusive specifications and features. 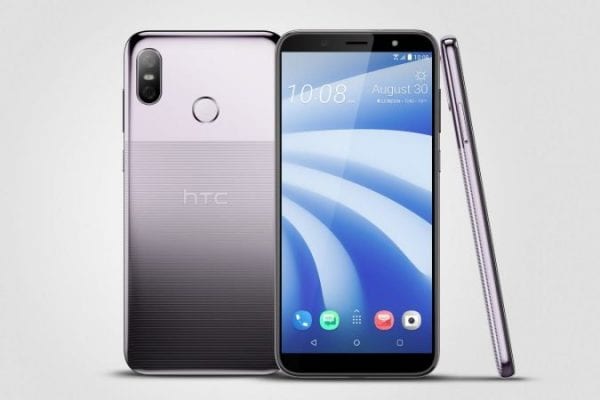 However, don’t visualize the U12 Life as a cheaper variants of U12 Plus but as a successor to the U11 Life. Basing on the specs sheet of the device, the U12 Life comes with bigger screen display, and possess numerous and increasing changes in design and features to the U11 Life.

Packs a realistic 6-inch FHD+ display, 18:9 aspect ratio and a 2160 x 1080 pixels for a more sharp screen resolution. It also supports 1500:1 contrast ratio. HTC trimmed the bezels at the bottom and top of the display.

The design on the newly announced phone is quite amazing, it might NOT be unprecedented but I really think, we are all buying it! The attractive matted acrylic glass finishing is much more appealing.

HTC said there is a “Dual Finish” design which barely states that the bottom and upper section of the rear is quite different from each other. Whereby, there is glassy oily plastic feel, and a mirror and shiny design respectively.

You might want to think it, as a glass back which is more easier to grip. There is the rear mounted fingerprint sensor, which is easily grabbed! HTC U12 Life available in two color options: twilight purple and moonlight blue.

Coming with a dual camera phone is something we missed on the U11 Life. It is enhanced with bokeh effect, that allows users to create a more sophisticated photos, blurring the background and making a standout subject. It consists of a 16-megapixel sensor and a 5-megapixel with f/2.0 aperture lenses.

The Qualcomm Snapdragon 636 processor on the U12 Life is quite interesting. offering a 40% powerful performance, and it delivers a more intense optimization to the battery life than the U11 Life with Snapdragon 630 processor. Also supports 10% better graphics performance.

It comes with 3600mAh battery and HTC claims it should be good for 12 hours of LTE browsing, or 13 hours of continuous video. Which is more preferable than the U11 Life with 2600mAh battery life!

For smooth performance, seamless multitasking, the phone boast of 4GB RAM, and will come in two different variants 64GB and 128GB of internal storage, any can be expanded via microSD.

The handset is shipping with HTC Sense skin on top of Android 8.1 Oreo, there is stereo speakers also. Most of this were not available to the predecessor! 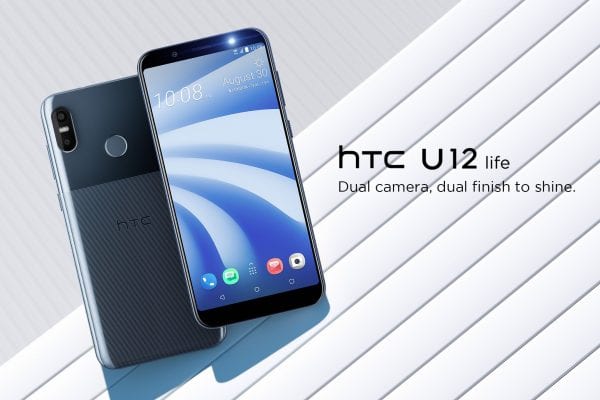 Price of HTC U12 Life

HTC U12 Life costs 50% of U11 Life estimated price in an economy filled with budgeted Smartphones. The mobile phone price is £299, which is around $390 and in Nigeria, you have to pay N140k for a unit. It is coming to the UK, as for America, there is no word.

The newly handset from HTC is a definition of “standout from the crowd” In a state and time, where there is bunch of Smartphones out there, wide-spectrum of devices to choose from, HTC is picking an unusual design for its mobile phone! Samsung, Xiaomi, Vivo, Motorola etc might be throwing something else to you, but HTC’s design is attractive!