HTC just launched their Flagship phones and they are impressive. Recall that last year, HTC unveiled the U11 dubbed as the bendable phone, now, we have its successor! This is the HTC U11 Plus!

Apart from the introduction of its Flagship phone, HTC also launched its Lower price phone, the HTC U11 Life, with a little difference in specs and price from other U11 phones.

Now, lets look at what the Taiwanese smartphone manufacturer HTC has for us with their Flagship phones. First the HTC U11 Plus and then the HTC U11 Life!

HTC U11 Plus Specs

It comes with a 6″inches 18:9 aspect ratio LCD technology as in the U11 with promotes more clearer and sharp images emerging from its phone screen. With its 2880 x 1440 screen resolution.

Not to worry, it also comes with the rumored edge-to-edge screen with the screen-to-body ratio over 82 percent. And it comes with Gorilla Glass 5 protection.

The phone has silver or black options, translucent colour. On the software, you have get 4GB of RAM with 64GB of onboard storage, or 6GB of RAM with 128GB. Either option nets you microSD support as well. The battery is rated at 3,930mAh and supports Qualcomm’s Quick Charge 3.0.

The rumored processor is still there, Qualcomm Snapdragon 835 processor and it runs on Android 8.0 Oreo with the HTC Sense UI on top, it also has the Edge Sense feature on the lower surround which allows you to squeeze the phone to launch certain apps or features 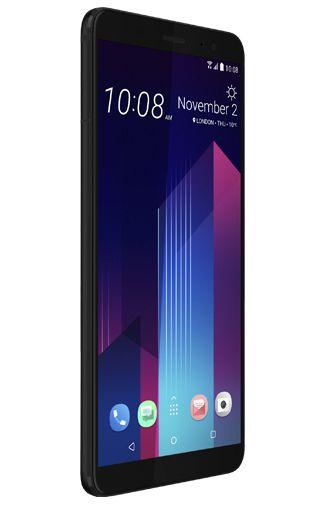 On the camera level, you have the 12MP UltraPixel 3 sensor with optical image stabilisation (OIS) an f/1.7 aperture, 1.4µm pixel size, UltraSpeed autofocus, and a dual-LED flash. Video capture is 1080p at 120fps, or 4K recording with Hi-Res audio.

On the front there’s also an 8 MP sensor with an 85-degree wide angle FOV and an f/2.0 aperture; it supports 1080p video recording.