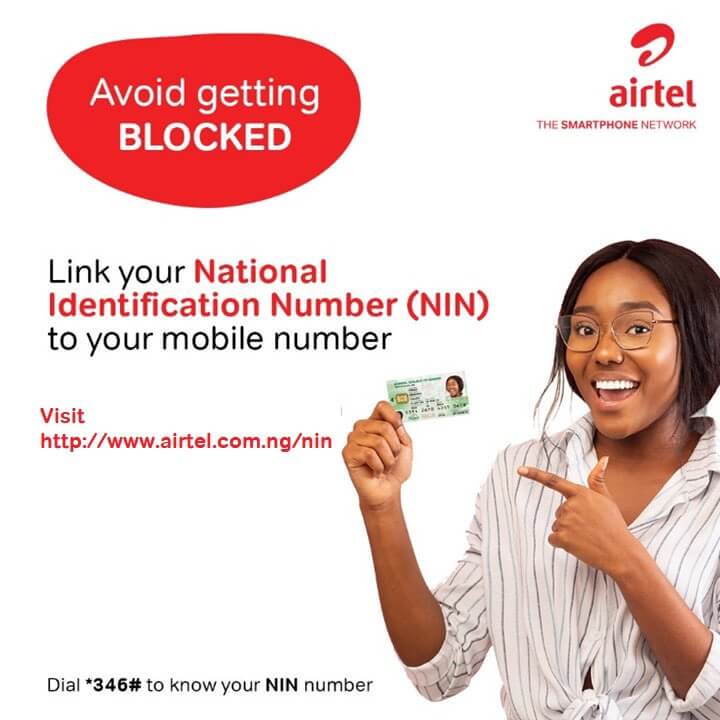 In a few quick steps and guidelines, you will learn how to link NIN to Airtel SIM Nigeria without going through the body’s reaction to a challenge or demand.

Even tho the National Identification Number (NIN) enrollment has been going for quite a time now, but the costs haven’t been friendly.

A year later after the enrollment begins, the Nigerian government gave an authoritative order to Telecom companies in the country to begin SIM re-registration.

Later then, the government gave a peremptory order to all its citizens to link NIN to Airtel SIM cards and other networks.

Well, right after that, all telecoms in Nigeria commence the program and provided a USSD code to complete the NIN linking.

Well, this is not the first time the government has given such a task. There was compulsory linking of the BVN number to your bank.

Linking of Bank Verification Number (BVN) to your bank was made mandatory, and this is the same with NIN also.

Before we commence, if you have forgotten your NIN, you can dial *346# on your phone to retrieve your NIN.

How do I obtain my NIN slip number?

Before you can be able to link NIN to Airtel or any other SIM card, you will have to learn how to get NIN slip that contains an 11-digit number.

Note: You can easily obtain your NIN number by downloading MWS: NIMC Mobile ID app on your app store.

The Nigeria government requests its citizens to register for NIN at no cost, and it is even plastered on all the centers but that is not the case.

During the first years of registration, the costs were set around N500, but later on, they went up to N2500 and might even rise after that.

In that case, it is simple to say that NIN registration is NOT FREE. Facts: NIN is also known as National Identity Management Commission (NIMC).

How to Link NIN to Airtel USSD

It is simple, fast and you can even link your other Airtel number from the USSD homepage.

How to link NIN to Airtel Online

Another promising way to link your NIN to Airtel is online and it is simple in just a few steps.

You can also complete the linking of NIN to Airtel through the NIMC Mobile ID App.

Download the MWS: NIMC Mobile ID app via your app store
Enter your 11-digit NIN
Enter the OTP for verification
Tap on the My Devices button
Then add mobile number and OTP and confirm.

How to confirm Airtel NIN linkage

Concerning the confirmation message, well, I didn’t receive mine, and this is more than a week of link my NIN to Airtel.

Fortunately, it is very easy to confirm if actually, the NIN submission was successful. Just go ahead and follow this step:

With such a simple display on your screen, you will be able to identify if your Airtel number has been officially linked to NIN.

As of the time of publishing this article, the Nigerian government has extended SIM-NIN linkage till October 31 and confirmed that there are now a total of 59.8 million unique NIN enrolments, with an average of 3 to 4 SIMs per NIN.