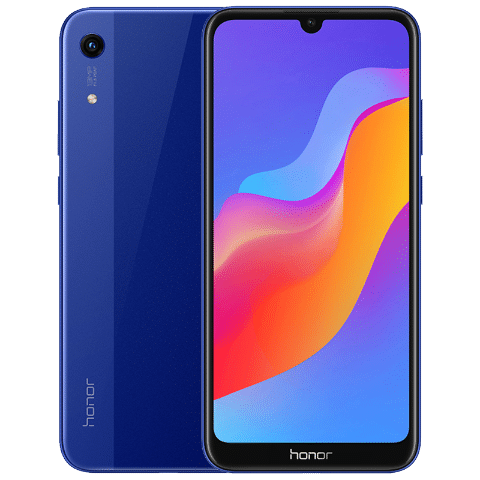 Honor Play 8A has been launched and it arrives with spectacular specifications, and features. The handset is available in two different variants and models.

Of course, it is budgeted friendly Smartphone and it packs some other respectable features. The Smartphone was earlier expected to launch as the Honor 8A.

Th Honor Play 8A Smartphone is the direct successor to the Honor 7A. And it has got 6.09-inch IPS LCD 720×1560 pixels HD+ panel with a waterdrop-style display notch.

At the top and bottom of the display, the handset sports a slimmer bezels, and borders. And it comes with a chin at the bottom. It also boasts of 87% screen-to-body ratio.

The smartphone lacks a fingerprint sensor scanner at the back, and it is available in in Aurora Blue, Magic Night Black, and Platinum Gold color options.

For the optics of the mobile phone, the Honor Play 8A arrives with single rear camera setup, and it consists of a 13-megapixel sensor, paired with an f/1.8 aperture and phase-detection autofocus (PDAF).

And the rear camera sensor comes with an LED flash and supports an automatic HDR feature. Which can take amazing and crystal clear photo shots.

And for the selfie snapper, it comes with an 8-megapixel sensor at the front along with an f/2.0 aperture. However, the front facing camera shots are stunning.

The phone runs on Octa-core MediaTek Helio P35 (MT6765) SoC, coupled with 3GB of RAM. This will increase the optimization of the mobile phone and the efficiency of the battery.

Fortunately, the phone packs a reputable 32GB and 64GB storage options that both supports expansion via microSD card (up to 512GB). You can save more files and documents.