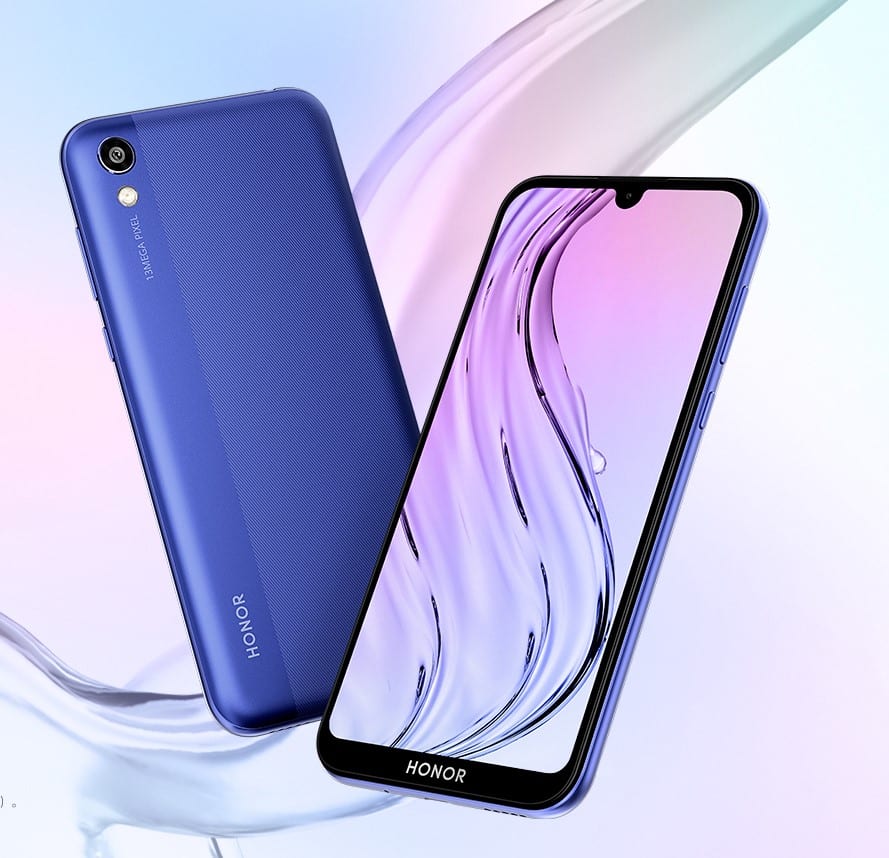 Honor Play 8 announced as an ultra-affordable phone with 5.71-inch waterdrop notch display, 2GB RAM, 32GB of internal storage, runs on Android 9 Pie and powered by the Helio A22 chipset.

The device isn’t all new, as it is a redecorated Honor 8S but for the Chinese market. It did not come with any specification or feature.

The Honor Play 8 mobile phone was officially unveiled in the company’s Play series Smartphones today, in the likes of Honor Play 8A, Play 8A Pro and others. Well, the device did not arrive with any new feature, as it is similar to the Honor Play 8S.

It sports a 5.71-inch HD+ waterdrop notch style IPS LCD display with a resolution of 1520 x 720 pixels. And it is made up of plastic and textured design at the back panel.

There is a water-drop notch display at the up front, which houses a single 5-megapixels camera lens with f/2.2 aperture, while the large bottom bezels hosts the company’s Logo.

Honor Play 8 is completely powered by a Quad-core 2.0GHz MediaTek Helio A22 SoC, coupled with 2GB of RAM, and IMG GE8300 GPU as the graphic processor.

You can store more files inside the 32GB internal storage, and you can easily expand the storage up to 512GB through microSD card slot support.

It runs on Android 9.0 (Pie) with EMUI 9.0 out of the box, backed by a moderate 3020mAh battery capacity and you can power the device via a Micro-USB port.

The Honor Play 8 is priced at CNY599 in China, which is around $120. You can find the device in either Magic Night Black and Aurora Blue colour options. Anyways, you can purchase the device within HONOR’s Vmall store and other major e-retailers in China.