The new HONOR Pad 5 8-inch tablet has been announced with Dual Stereo speakers with Dolby Atmos support, 3GB/4GB RAM, Face Unlock, and 5100mAh battery capacity. The design of the phone is definitely stunning and amazing.

Before the official launch of the Pad 5, the company has already announced its new HONOR 20 series smartphones i.e., HONOR 20i, HONOR 20 and HONOR 20 Pro in India.

You can get the HONOR Pad 5 either in 8-Inch, and 10.1-Inch Display Options, which is practically the two options. And they are much more similar to each other in specs. 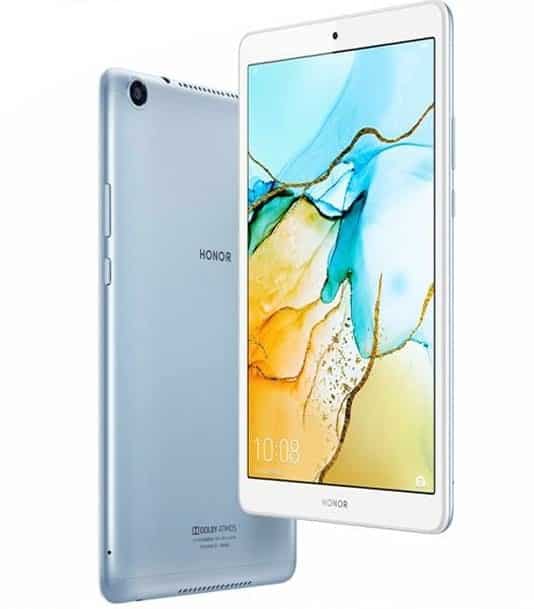 In summary, the HONOR PAD 5 8-inch display comes with a FULL HD display with a resolution of 1920 x 1200 pixels. The design on the front and back is quite impeccable.

The PAD arrives with an 8-megapixels on the back panel and at the front, which acts as the selfie snapper. It supports Autofocus support on the back and fixed focus on the front.

Connectivity of the phone includes Wi-Fi, 4G, Bluetooth, GPS, and many others. The company plastered Dual Stereo speakers along with Dolby Atmos support for a great audio experience.

The HONOR PAD 5 8-inches is completely powered by the company’s own HiSilicon Kirin 710 SoC, combined with ARM Mali-G51 MP4 GPU.

Available in 3GB / 4GB RAM options, coupled with 64GB of internal storage and can be further expanded up to 512GB through a MicroSD card.