Honor Magic 2 is just another 100% notch-less and bezel-less Android Smartphone with a retro sliding screen, which hides its triple selfie camera, and comes with in-display fingerprint sensor. It was launched at an event in Beijing on Wednesday.

If you are looking for a beauty all-screen phone with under-glass fingerprint sensor, you can easily checkout the newly launched Honor Magic 2. The phone comes with a powerful processor for high performance. It brings a lot of resemblance with Xiaomi Mi Mix 3. 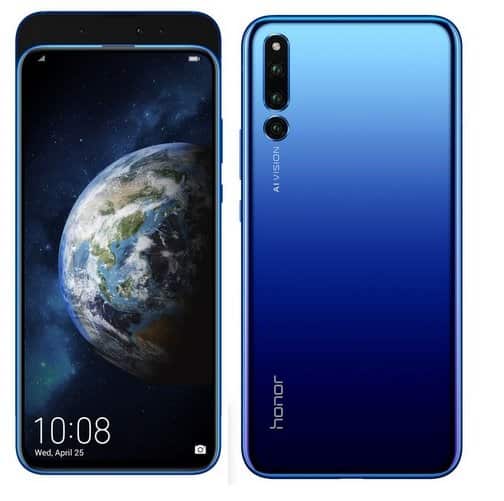 The sliding design, is the most substantial feature here, with the 6.39-inch AMOLED display and it boasts of 100% screen-to-body ratio and in-display fingerprint sensor. Comes with a 1080 x 2340 pixels with a pixel density of 403ppi, support for the DCI-P3 (108 percent) color gamut.

The phone was teased back in August at the IFA trade show in Berlin, but right now, here is the official Smartphone specs but won’t be available out side China. The display slides down to reveal the front camera and 3D Face Unlock sensors, with another camera for portraits mode.

Honor Magic 2 comes with a certified IPX2 rating for dustproof and splash-proof. The smartphone comes with 157.32 x 75.13 x 8.3mm dimension and it weighs 206 grams. At the back, is a triple camera setup. The rear material uses what Honor dubs Nano-scale Optical Coating for a beautiful two-hued gradient.

Camera features includes AIS tech for image stabilization, with a single-LED flash. While, on the front, the smartphone still comes with a triple camera setup, a 16-megapixel primary sensor with f/2.0 aperture, and a 2-megapixel + 2-megapixel with an f/2.4 aperture for 3D Face Unlock.

The rear cameras comes with a feature for women, which takes picture of your skin, analyzes the skin condition and tell you if there are wrinkles, how old it looks and whether you need to do more skin care. Google Lens is also integrated into the camera app that would be able to identify products and recommend similar objects for shopping.

EMUI 9.0 will run on models but others will receive a radical updates sooner or later. And it is also available in two variants, 6GB RAM and 8GB of RAM options, 128GB or 256GB of inbuilt storage, but the both variants can’t be expandable via microSD card. 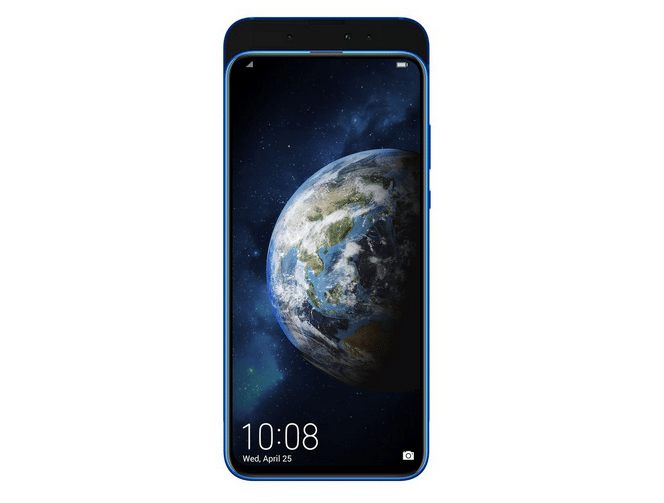 The Honor Magic 2 will be powered by a 3500mAh battery capacity, with a 40W Magic Charge fast charging tech. The company’s claims that the new tech will deliver full charge in 55 minutes. It also comes with Yoyo AI assistant.

Huawei’s sub-brand also announced its first smartwatch called Honor watch with 1.2-inch AMOLED display, lasts seven days on a charge and has heart-rate monitoring. It will be sold globally in January 2019. Another is the true wireless earbuds called FlyPods similarly to Apple’s AirPods.