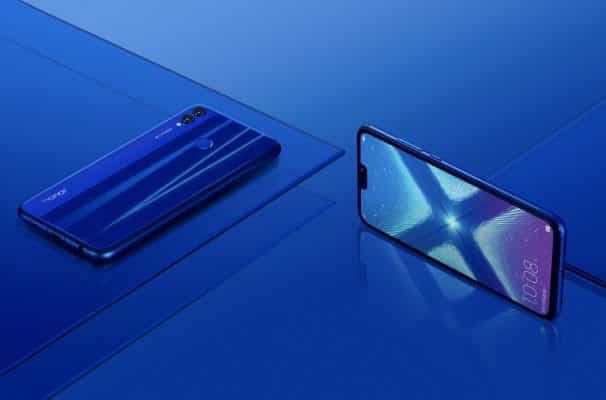 Say hello to Honor 8x Android Smartphone! Although, Huawei launched two new phones, Honor 8x and 8x Max but they both brings dignified specs and features to the table, and an economically-pricing, which will definitely amaze you. The price cut is considerable in the China markets.

The Honor 8x was launched in China but design-wise, there is a huge difference. The Honor 8x comes with the traditional notch at the top but the 8x Max is available with a tiny notch display. 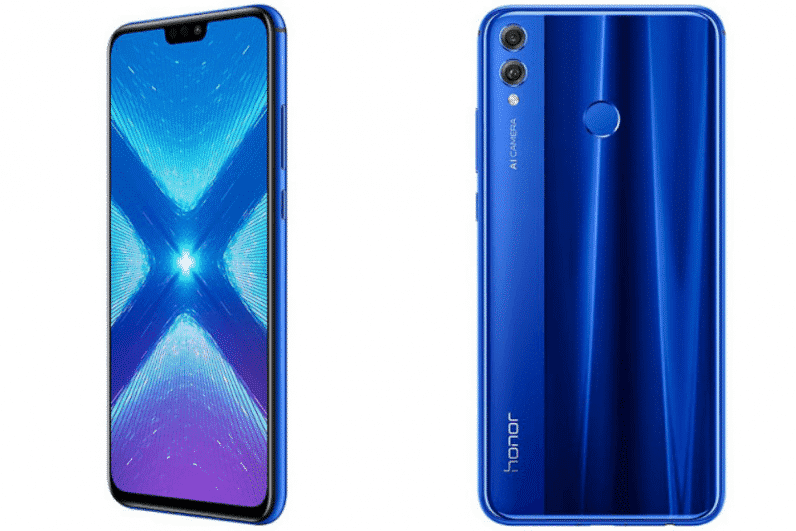 The Honor 8x Smartphone comes with a 6.5-inch TFT IPS notched screen display, and a chin at the bottom. With respect to their predecessor, the Honor 7x was a little much like the device but instead, comes with a large 5.93-inch screen display. Galaxy Note 9 still measures 6.4-inches.

The rear bottom bezels holds the company signature trademark “Honor” at the left side alignment. It feature a shiny and glossy design, which looks more like all-glass design. The screen resolution at 1080pixels is quite sizeable and appreciable.

And it boasts of 19.5:9 aspect ratio, which is a slight upgrade from the former aspect ratio. However, Honor says isn’t too far from the 21:9 ratio found on cinema screens. Pulling off a staggering 91% screen-to-body ratio is incredible amazing and tremendously amazing.

The phone comes with an in-built feature called “Eye Comfort” mode, which reduces blue light exposure, and is certified by TüV Rheinland. “This will help reduce eye fatigue when using the phone” Honor says.

For reference purpose, the Essential flagship phone comes with 84.9% aspect ratio. Meanwhile, the Honor 8x isn’t a flagship Smartphone but the features are quite impressive and stunning. And spots a fingerprint sensor on the back, and dual rear cameras.

The Honor 8x offers a dual rear camera setup, which consists of a 20-megapixels primary + 2-megapixels secondary sensor offering a f/1.8 aperture. As we all know, AI is slowly taking over, hence, the cameras arrives with AI enhancements.

The back dual camera comes with LED flash and support 480fps slow motion recording. While the front selfie snapper holds a 16-megapixels sensor with f/2.0 aperture. Which still comes with 4-in-1 pixel binning, AI beautify, and AI Portraits for blurring of background.

The Honor 8X is the first Honor device to be launched with the HiSilicon Kirin 710 chipset coupled with 4GB or 6GB of RAM. For battery optimizations and high level of multitasking, and it is Unlike the Honor 8x Max that gets stuck at 4GB of RAM.

The Honor 8X is powered by a 3,750mAh battery with fast charging tech, via micro USB. The Honor 8x Max has a respectable difference of 5000mAh battery capacity over the Honor 8x.