Chinese Smartphone markets, Huawei launches the Honor 8C mobile phone in China and it is the first device on the market to come with Qualcomm Snapdragon 632 chipset, which was unveiled in early June.

Well, apart from the mid-range processor, the Honor 8C packs a much resemblance to other Smartphone out there, a notched display, AI support dual rear cameras, a single selfie shooter and a premium unibody design. It is also light-weighted. 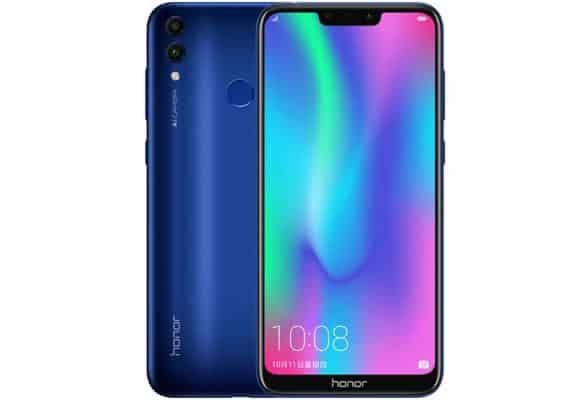 The Honor 8C comes with a massive 6.26-inch HD+ LCD IPS with 19:9 aspect ratio and the frequent/popular notch display that reduces the bezels around the screen and boasts of a 86.6% screen-to-body ratio. It is quite impressive and unique.

At the back, it houses the dual camera pixels, consisting of a 13-megapixel primary sensor with f/1.8 aperture and a 2-megapixel secondary black-and-white sensor with f/2.4 aperture. Both cameras are enhanced with Auto-focus feature and LED flash.

While the front-facing camera lens is equipped with a moderate 8-megapixel selfie camera with fixed focus, f/2.0 aperture and LED flash. Powered by a Qualcomm Snapdragon 626 SoC chipset, clocked at 1.8GHz Octa-core processor.

Anyways, the Honor 8C packs a 4GB of RAM for seamless multitasking, and arrives in two different variants, 32GB and 64GB for keeping files, documents safe and secured. Thankfully, it is expandable up to 256GB via micro SD card slot.

Under the hood is a non-removable 4,000mAh battery capacity that fuels the phone, keeping the lights on and it supports 5V/2A (10W) charging capacity. The Honor 8C was announced and launched in China, and will be made available starting from October 16th.