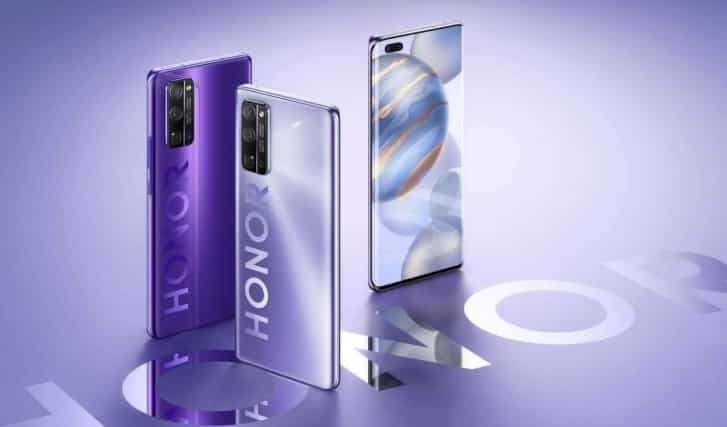 And today is the perfect day, HONOR announces three of its long-awaited Smartphones, the HONOR 30 lineup -HONOR 30, HONOR 30 PRO and HONOR 30 PRO Plus with OLED display, an in-display fingerprint sensor, 5G, 4000mAh battery and many more.

The HONOR 30 series is definitely a good lineup to start with, where the HONOR 30 arrives with the new Kirin 985 5G chipset and the HONOR 30 PRO and 30 PRO Plus stays as the bigger variants.

When it comes to the differences between the three phones, it is quite much but the similarities are quite a few, especially the 32-megapixels front camera (another 8MP on PROs), battery, a biometric sensor, and others.

The Honor 30 will be available in black, purple, silver and green colors option, a 4000mAh battery with 40W fast wired charging and runs on Magic UI 3.1.0 based on Android 10.

Fortunately, you can pre-order the phone right away, but the HONOR mentioned that the official sales will kick-off from April 21.

It comes with a frosted glass back panel, which consists of a 40-megapixel rear camera with Sony IMX600 sensor f/1.8 aperture and RYYB color filter, 16-megapixels ultra-wide camera with f/2.2 aperture, and 8-megapixels periscope telephoto camera with f/3.4 aperture.

It packs a dual selfie snapper, the main 32MP with f/2.0 aperture, 8MP ultra-wide sensor with f/2.2 aperture, in-display fingerprint sensor, and it is IP54 Water, and dust resistant rated.

The HONOR 30 PRO is available in Midnight Black, Green and Titanium Silver color options. Well, HONOR did a whole new different design for the most top-notch in the new lineup.

This is how the HONOR 30, HONOR 30 PRO and HONOR 30 PRO Plus stack up against each other. You can pre-order any of the phones right now, and they will start hitting the shelves of stores from the 21st of April.