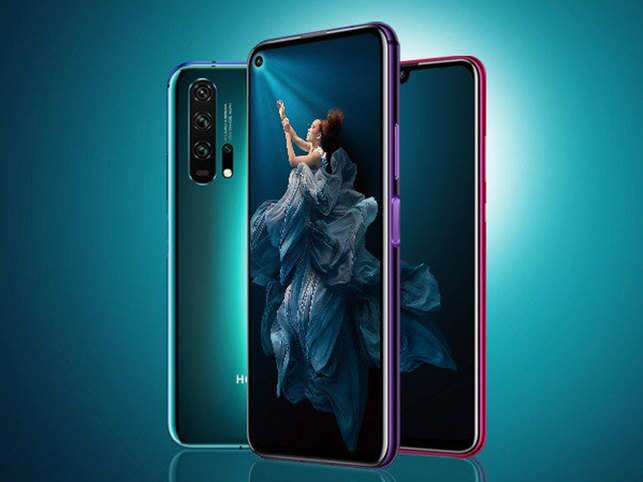 The Honor 20 PRO is finally out, and it comes with a Quad-camera, hole-punch display design, a large 4,000mAh battery capacity and it is powered by the Kirin 980 processor.

It is the premium top-end Smartphone among the Honor 20 series. As the company also announced the Honor 20 and Honor 20 Lite alongside with the PRO model.

As the company promised, the mobile phones were announced at an event in London, and the Honor 20 PRO comes with five cameras in total. 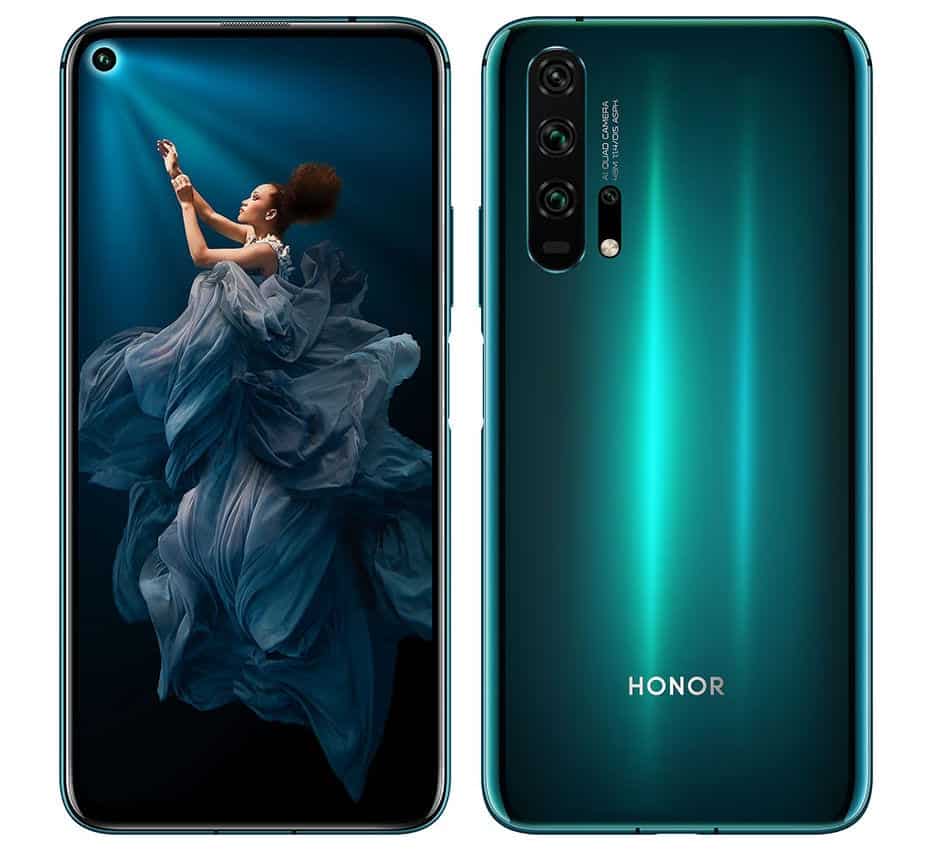 The Honor 20 PRO is an Android Smartphone with stunning design at the back panel, which is the 3D curved glass design, and it makes the Honor 20 PRO to look astonishing and different from others.

Anyways, the company plastered the same Dynamic Holographic Design on the Honor 20 and Honor 20 PRO, it uses 3-layers so it give a depth effect when the light hits the back at certain angles.

The Honor 20 PRO comes with a hole-punch display design, which houses the single front facing selfie shooter, and it comes with a side-mounted fingerprint sensor.

The phone supports Virtual 9.1 Surround Sound technology, and comes with dual microphones. The company’s logo is mounted at the centered-bottom of the back panel.

It is the latest Smartphone to arrive with five cameras in total, there is a QUAD camera lens at the back and a single front-facing selfie snapper.

The back panel design of the HONOR 20 PRO is interrupted by the primary/main 48-megapixel Sony IMX586 snapper with f/1.4 aperture and a large 0.5-inch sensor.

While there is a secondary 16-megapixel super-wide-angle camera with f/2.2 aperture and a 117-degree angle lens. Alongside with an 8-megapixel telephoto camera with f/2.4 aperture that support 3x lossless optical zoom, 5x hybrid zoom, 30x digital zoom, and 4-axis OIS.

And the last is the 2-megapixel camera for 4cm macro lens, it comes with f/2.4 aperture. The company touted that the phone’s camera scored 111 points on DxO mark, which is the same as OnePlus 7 Pro.

The cut-out hole-punch display design on the phone houses only the single 32-megapixel selfie snapper with f/2.0 aperture and 3D portrait lightning. It offers up to 1080p video recording, supported by EIS.

The device is completely powered by a 7nm HUAWEI Kirin 980 processor with dual-NPU and GPU of 720 MHz ARM Mali-G76MP10, for intensive graphic performance.

The Honor 20 PRO is backed by a massive 4,000mAh battery capacity with 22.5W Honor Super Charge support, which the company boasts up to 50 percent of the battery in 30 minutes.

The company has confirmed that the HONOR 20 series will launch in India on June 11th on Flipkart. During the launch, the company also unveiled a Honor + Fortnite Wonder Outfit, exclusively for Honor 20 series users.