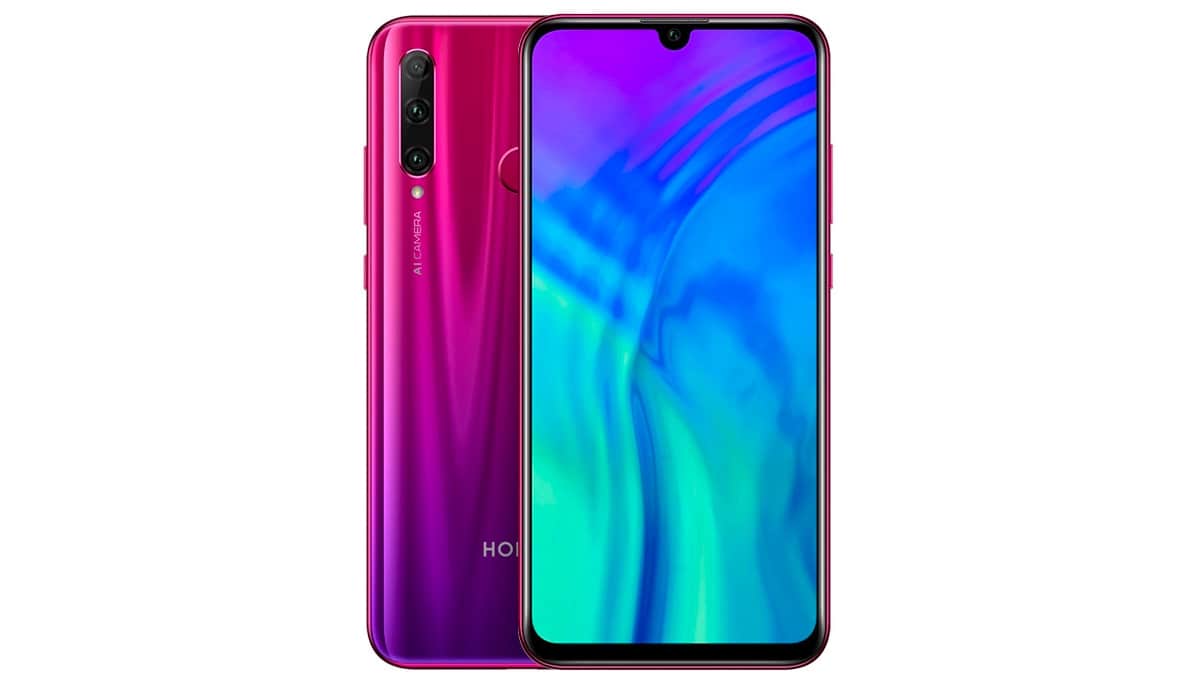 It is the least among the Honor 20 series, which includes the HONOR 20, HONOR 20 Lite and HONOR 20 PRO Android Smartphone. However, the specs are just minimal among others.

However, the company also announced the price and availability of the phone, during the official launching event in London. Recall that is the global debut of the Honor 20 Lite, but it was launched in Malaysia and the UK earlier this month.

Unlike the other phones in the series with the hole-punch for selfie snapper, the HONOR 20 Lite arrives with a water-drop notch display.

Instead of side-mounted fingerprint like the HONOR 20 and HONOR 20 PRO, it comes with a rear-mounted Fingerprint sensor.

The phone is available in three colour options, which includes Midnight Black, Phantom Blue, and Phantom Red. The color options are just amazing.

The HONOR 20 Lite comes with a single front-facing 32-megapixel sensor at the front along with an f/2.0 lens and AI Beautification.

The camera setup supports AI Stabilising mode and AI multi-scene recognition. Including other numerous camera features and others.

The mobile phone is completely powered by a HiSilicon Kirin 710 SoC, coupled with GPU Turbo 2.0 and coupled with 4GB of RAM.

Like the HONOR 20, it still arrives in a single 128GB of internal storage, which is not expandable via a dedicated microSD card slot.

The Honor 20 Lite runs on EMUI 9.0 based on Android 9 Pie, and the power house is controlled by a 3,400mAh battery capacity.

While the price of the HONOR 20 Lite in Malaysia, is around MYR 949, which is roughly Rs. 15,800 in Indian rupees. The phone was unveiled earlier this month.