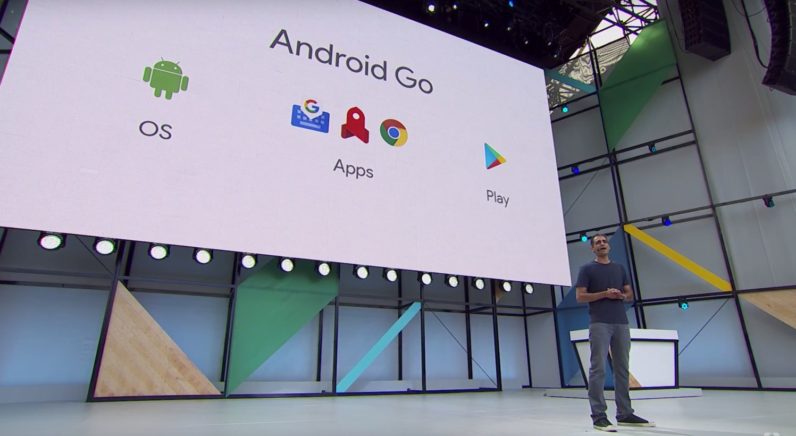 For cheaper phones, you need cheaper Operating System to run on it! Google just approved that statement by Launching “Android Go” as the latest OS for low budgeted Android Smartphones!

In a clear and simple sentence, “Android Go is a lightweight version of Android” Well, it is similar to the Android ONE phones such as Infinix Hot 2! Android One phones are popularly known to receive the latest OS from Google.

This new announcement during the Google I/O 2017 was really helpful, as virtually everybody now uses Google Android OS, so nobody wants to stay off the line. Google says Android Go will be installed by default on every device with 1 GB of RAM or less.

In lesser words, this is what its all about:

Android Go has many of the same features as Oreo, including the Google Assistant, but it preinstalls fewer apps that are also lighter on storage and data.

This returns smoother performance on lower-spec hardware, allowing even the cheapest smartphones to provide a decent user experience.

Go also makes it easier to track down and delete unwanted files that are hogging storage space. It keeps tabs on your data usage and it takes security concerns out of your hands with preinstalled Device Manager and Google Play Protect.

Below are some Features;

*. Google’s main apps will have a lighter versions that use less memory, storage, and data.

*. Chrome’s data saver is turned on by default. There’s also a new graphic showing how much data you’ve saved right from the menu button.

*. The Google Play Store will highlight lightweight apps “optimized for your device,” such as being under 10MB, having a “useful offline state,” and being frugal with your battery. You can still download whatever you want though.

*. A new YouTube Go app makes it easy to download videos for offline viewing, as well as preview how much data different quality settings will use. The nifty-est bit is a P2P sharing feature so you don’t have to use up any of your data if you want to show a friend a funny video. 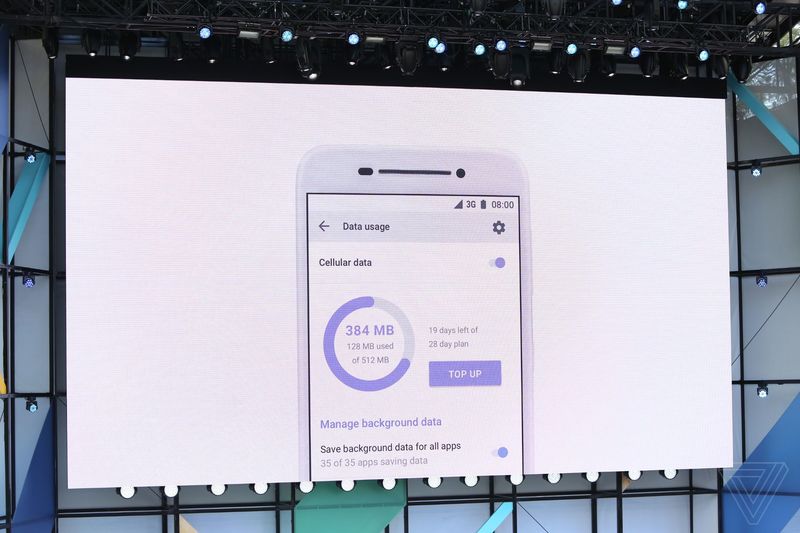 It’s a lightweight version of the upcoming version of Android O with optimized apps and Play Store. These apps should be less than 10MB, work well when you’re not connected to the internet and support devices with slow systems-on-a-chip and little RAM.

We are all looking into the future, maybe not or maybe all version of Android are going to run on Android Go OS variant, making Android more powerful!

Google IQ concerning the Android Go is so huge that it can even share videos between multiple Android Go devices using peer-to-peer transfers, as you’re watching videos with a friend!

Android Go seems like a smart move to make it run on little cheap phones and slow networks. However, we learnt that Google hasn’t announced hardware partner yet.

As we all know, YouTube Go is an optimized version of the YouTube app. There’s a new preview feature so that you can have a look at the video before even loading the video.

Once you know for sure that you want to watch this video, you can select the quality of the video even before playing the video so that it doesn’t eat up all your data allowance. And if you’re on Wi-Fi, you can even download the video and watch it later.