Well, Google just launched a new app called “Triangle” that helps to blocks data to individual apps! Google is testing a new app called Triangle and it allows users to customize how their apps are allowed to use data by choosing between options like 10 minutes at a time, 30 minutes or “Always.”

The app allows you to view how much data you have left, see which apps are using that data, and even restrict data usage on a per-app basis. 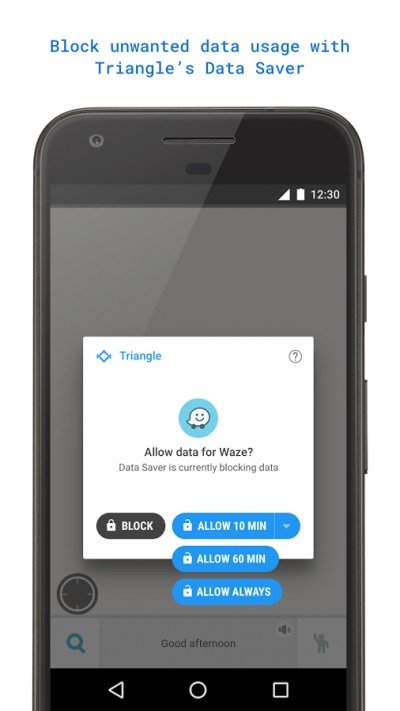 The app will even prompt you to temporarily enable data for an amount of time. For example, if you’ve blocked Google Maps from consuming any mobile data, upon opening the app, you’ll see a pop-up that will ask you if you’d like to enable data for 10 minutes, an hour, or indefinitely.

Triangle shows you which apps have been using your data, and lets you block them from using any more (it uses a VPN).

The app allows you to score bits of data as a reward for trying out apps. Google is testing this reward system with Globe and Smart prepaid users in the Philippines, and you’ll be rewarded for using the apps that Google recommends.

Triangle is currently only available in the Philippines, but Google will definitely expand Triangle to much of the developing world.