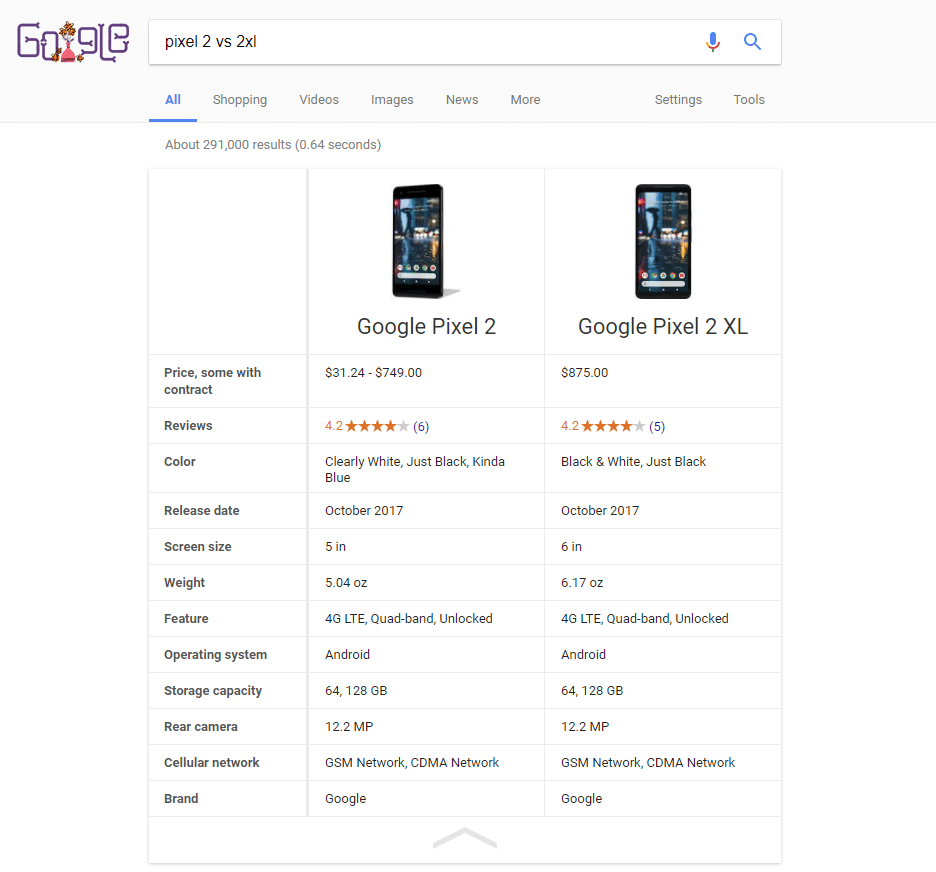 Google just did one amazing update right now and it is already trending! Sooner or later, it will be made official for all Smartphones.

Google just made comparison of phones more eloquent and smoother. It is only available for Google Pixel 2 and Google Pixel 2 XL.Do you want to test it on?

Search for two devices by adding “vs” at the middle of the both phones such as Pixel 2 vs Pixel 2 XL, it will show you this;

On seeing this updates from Google, I quickly searched Phantom 8 vs Infinix Note 4 and there wasn’t any comparison. Then, I knew it hasn’t be rolled out to all phones.

After searching the phones on Google, few rows are visible on the main results, and tapping the blue button expands it to show every detail. There’s even a mode to highlight differences between the two. It doesn’t seem to work with three or more devices, only two.

Meanwhile, many users hasn’t been able to conduct this searches on Google too. So, there is a little line drawn between users.

This Feature is No No for some comparing phone website out there, talking about Gsmarena, Gadget.Ndtv and many others.

Do you have the updates on your Phone already?