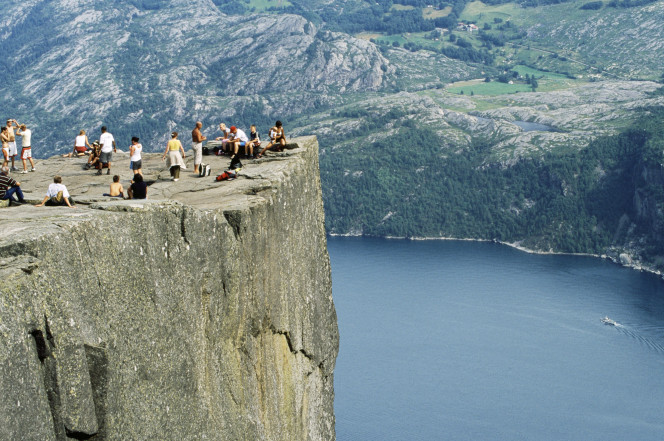 The Popular Google Maps everybody is using, is actually having some problems and right now, it is too increasing. In Norway, something mysterious happened to a lot of tourists.

The tourists were all looking for the Preikestolen cliffs, a geological formation in western Norway. When they tried to find a route there, however, a glitch in Google Maps sent them to the wrong side of the fjord from the cliffs. They flooded the town, and didn’t really understand when the locals tried to explain.

They were interviewed by Norwegian newspaper Stavanger Aftenblad and this is what one of the tourist said:

They say they are going to Preikestolen and understand nothing. Google Maps leads them over the Lysefjord bridge and into Fossmork. The road here is quite narrow and they sometimes get quite upset when we tell them to go back. … It’s quite funny. We get to speak with Chinese and Japanese people, and there was an American that wanted to buy a cabin. He thought the place was fantastic

“We have sent hundreds of tourists away in no uncertainty that they’re on the wrong side of the fjord. In the summer season up to 10 to 15 cars show up each day,” Helge Fossmark told Norwegian newspaper Stavanger Aftenblad.

This isn’t the first time a tiny town in Europe has suddenly been flocked by tourists.