Well, it is quite obvious people are still buying them right now on the market, Android tablets are still alive and Google wants to make the most of its by introducing its new Entertainment Space for Android tablets.

Google’s Entertainment Space is a one-stop place for all media, favorite movies, shows, Games, and books on your tablet. Google introduced this new tool specifically for tablets and with such a big screen, it is pretty awesome.

In other words, this is obviously the biggest and even the most significant change to the Android tablet experience in a long time from the company, Google. If it becomes successful, we might see more amusing changes to tablets.

Before now, Google consciously snubbed the Android tablet but today, something changed. The social media giant, Google adapting Android to the bigger screen sizes and also stopped evaded from producing more of its own tablets.

Google officially mentioned that by the end of the year, Google’s Entertainment Space will roll out on all available Android tablets “from Lenovo, Sharp, and more” but it will be coming to Walmart’s tablets this month.

With the Entertainment Space, Google once again wants people to participate in its biggest idea: media consumption. And it will totally be identical to how Kids Space is a mode designed for children on Android tablets.

It’ll let you avoid going through the trouble of searching between apps to try and figure out what’s where taking care of that for you by presenting an aggregate view of content from your apps, that’s grouped by type.

“You’ll save time and avoid having to hop between apps to try to figure out what to do, whether it’s to watch, play or read,” Google’s James Bender wrote in a blog post.

This presentation will be a new section to the left of the home screen on tablets. It is more like a hub, and Google has been working on this for a very period of time. Inside Google’s blog post, he also added saying:

“Once you sign in to your subscription apps, Entertainment Space will show you your content in one place and tailored for you. And if you want to share your tablet, everyone in the family can have their own personalized profile.” 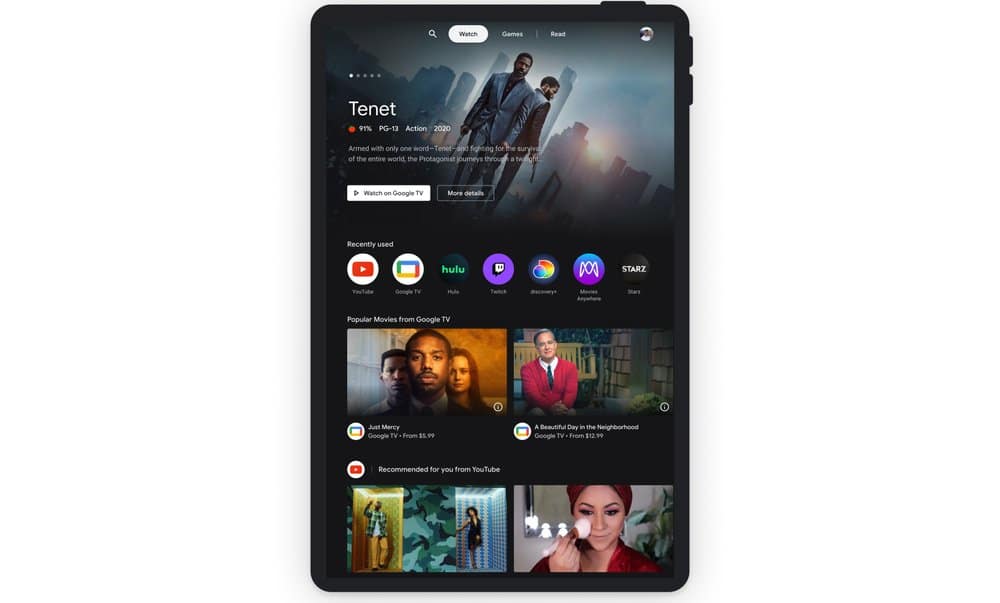 The Entertainment Space is split into three tabs – Watch, Games, and Read. Well, all three tabs trickle you down to more and more entertainment, more consumption of screen time. But in the end, it might worth it.

Watch Tab: At a first glance, it looks like the Google TV experience on Chromecast but for tablet screen, as it shows users movies and TV shows that they can watch, rent, or buy. Google made it more compatible as users can easily resume watching content from the Continue Watching row.

The recommendation rows will show personalized content from various streaming platforms including Google TV, Twitch, and Hulu. The Watch Tab allows users to easily sign in to their subscription streaming apps and surf through content all in one place. 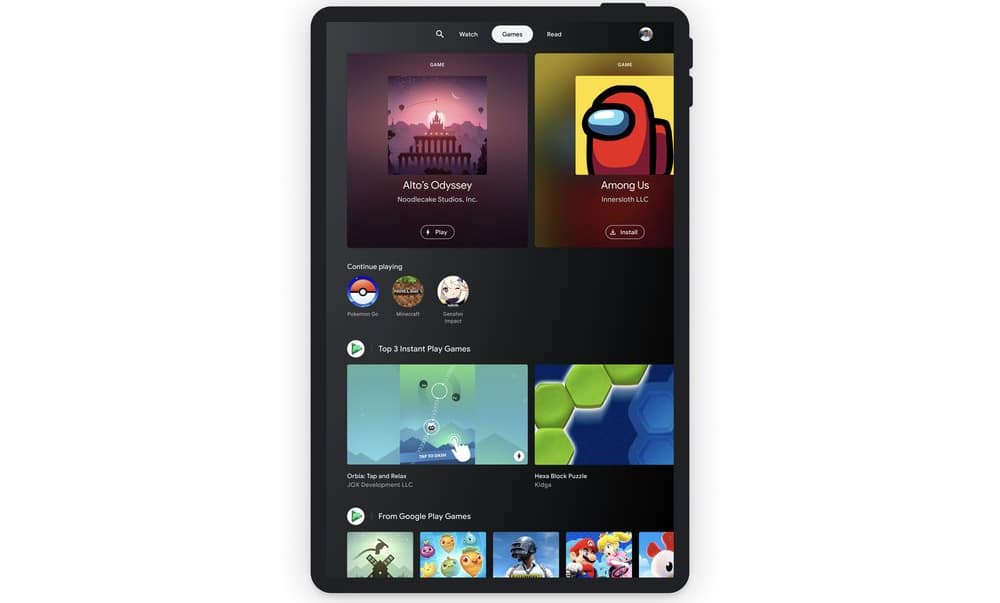 Games Tab: On this tab, you’ll find your installed games plus a “continue playing” row of games on your device. There is Instant Play also, which allows users to try out a game without installing it.

Read Tab: Lastly is either the Read/Books tab, where all the books and audiobooks from Google Play Books can be found. As expected, it supports continue reading in Google Play Books, Audiobooks are also here, and recommendations. 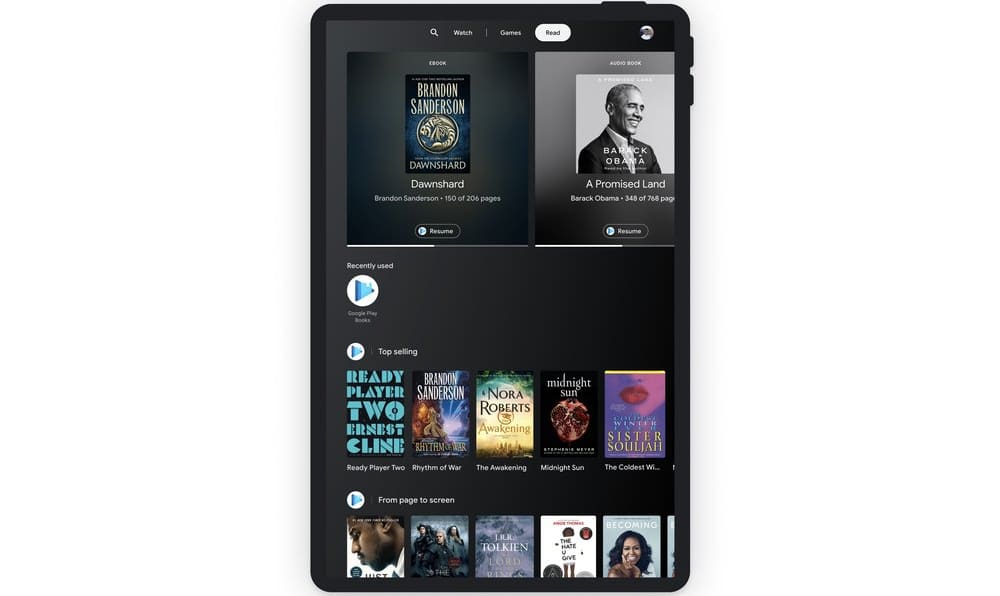 Google says that it’s seen “over 30% more people start using Android tablets in the last year compared to the prior year” and the company’s research shows that people increasingly want help with content discovery.

To every silver lining there must be one or two early complications, tho, Entertainment Space is not a standalone app you can install, as it is integrated right into the launcher but the list of OEM partners is rather small.

Google mentioned that Entertainment Space will come to tablet from Lenovo, Sharp, and more. But how about the best Android tablet maker right now, Samsung? Over the past years till date, Samsung has produced the nicest tablet.

Well, this might change in the future to come, after all, both Google and Samsung are working closely together on software. Even Netflix isn’t taking part in Entertainment Space but if you are not interested, you can turn it off.