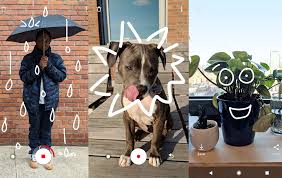 AR is becoming a thing of reality. Ebay just recently launched a new AR app that enables users to pick their products easily. Meanwhile, on the web, there over 50 apps that support AR features.

Well, Google just launched a useful app called Just a Line that lets you draw simple white lines drawings in the air via augmented reality. This is one of the best AR apps on the internet!

This is a new augmented reality app that is built on top of Google’s ARCore technology. The idea behind this app is incredibly simple. It doesn’t require any sort of steps guide to get started. How does it works?

It is simple as aforementioned, firstly, you’ll need is a phone that supports ARCore, holding it and with a simple tap on screen, you can start drawing in the world around them.

It looks real and the results look like Snapchat filters and Instagram stories, but just floating in the air. It helps users look through the camera to see the world around them.

This could include creating unique backgrounds for a picture, or games you create in the real world with your phone. Remember, the Tilt Brush, that lets you paint in 3D space with virtual reality the new app is kind of revolution as it doesn’t need any VR-compatible devices.

Well, Android phones that are AR supported includes Google Pixel 2, OnePlus 5, Zenfone AR, LG V30, latest Samsung Galaxy phones. Your creations can be recorded to the phone, and everything you draw sticks in place in the world around you. You can Download the app on Google Playstore and see for yourself!