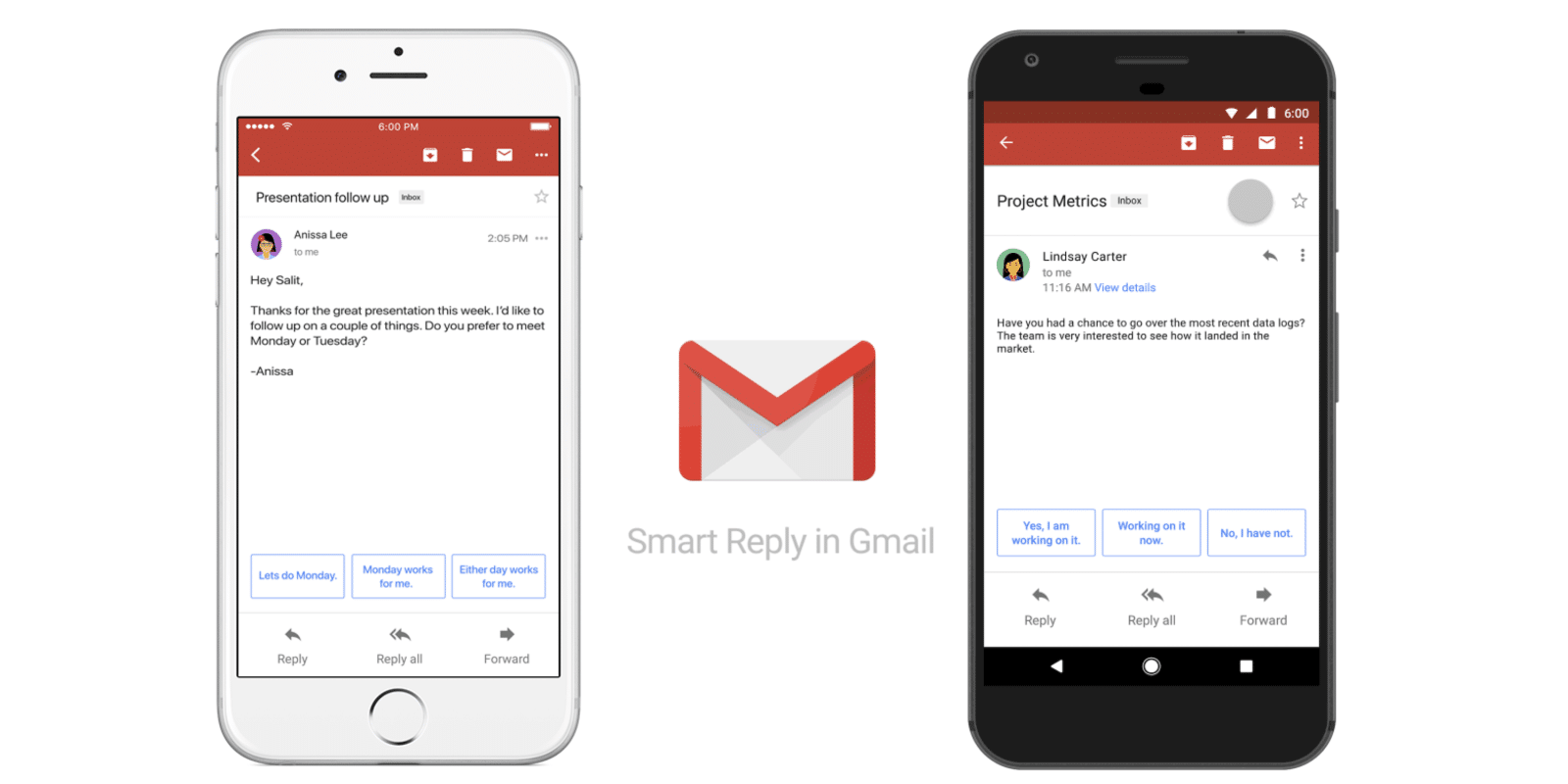 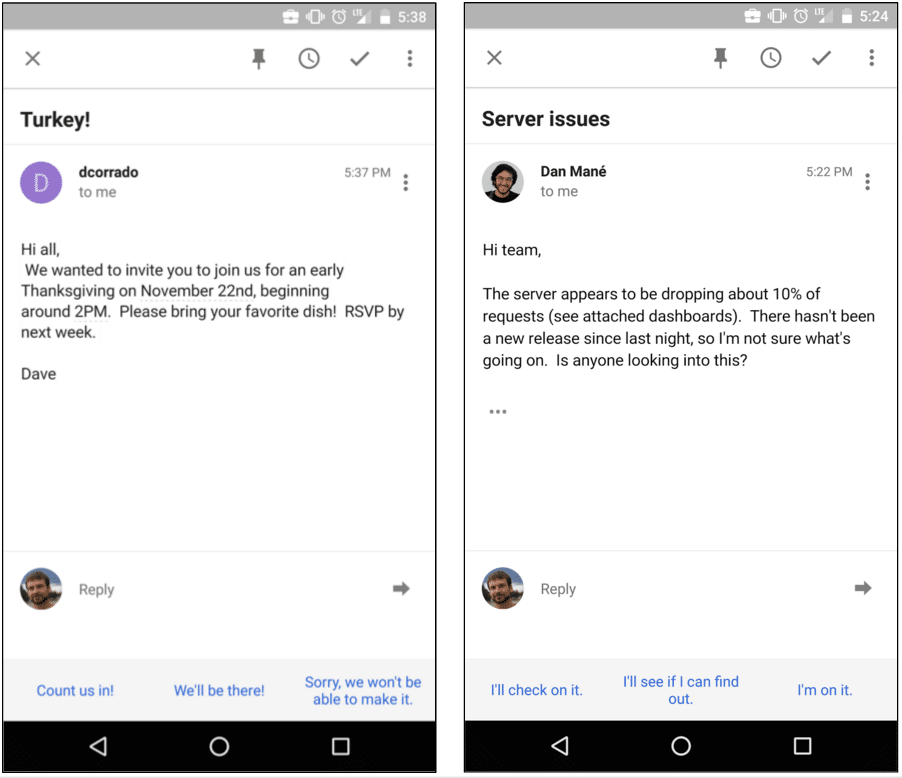 Google has been rolling out updates to most of their services and luckily for Gmail, they have a new update, that most people love. It was unveiled during the Google I/0 2017!

Yea, it is the Smart Reply! With this new feature, you never have to type again when replying to emails. Having a lot of emails? This feature helps to creates automated responses based on email content and your writing style.

Don’t get too excited yet, the new feature will be coming to your device later this month thereabout. According to Google, it will be available on both Android and iOS!

And yea, the Smart Reply first launched for Google’s Gmail offshoot, Inbox, as well as its newest chat app, Allo. However, the feature provides users with three machine-generated responses, based on the content of whatever message the user is replying to.

It’s learning on how to answer for you, so get ready! It’s built using machine learning, and is designed for use with smartphones, so that people on the go can dash off a reply to their correspondence partners without much effort. 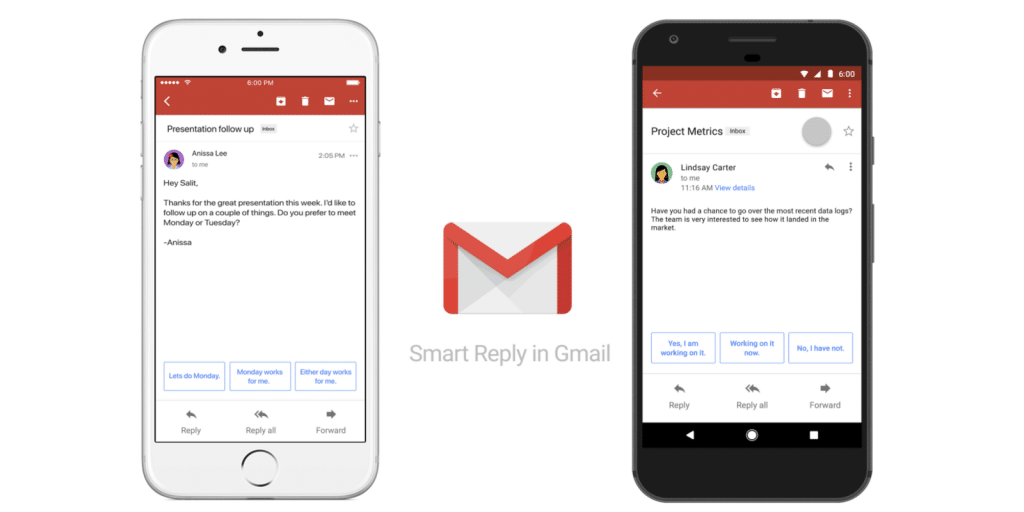 Smart Reply will be available globally in English for users of the Gmail app for iOS and Android. In the coming weeks, Google will also make it available for users who write in Spanish, with other languages coming after that.