In December 2016, Glo Remains the Grand-Masters of Data 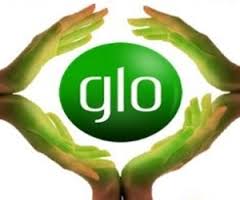 Is there no more competition in Nigeria? Although, I still rep Airtel Nigeria, because they are trying very well. Airtel are the only network who are still pushing hard, trying all their efforts to get nearer to Glo.

Meanwhile, other Telecom such as MTN and Etisalat keeps on surprising us with their high data plan prices. According to the sources, this is the current users of Glo in Nigeria.

A total number of 297,623 lines was added to Nigeria’s internet subscriber base in one month, courtesy of grand-masters of data, Globacom, which moved from 26,887,929 data customers in September to 27,185,552 in October.

On the contrary, MTN and Etisalat had their subscriber figures whittled down during the period, while Airtel did not record any increase in the month under review.

Be very much aware that this was gleaned from telecom industry statistics published on the website of Nigerian Communications Commission (NCC) which showed that Globacom was the only network that recorded an increase in its internet subscriber base in the month of October, 2016.

It will be recalled that Globacom became the first network to launch a nationwide rollout of the 4G LTE advanced network in October through which subscribers on the Glo network have been enjoying instant efficient broadband internet connectivity across the country.

The NCC report further showed that the total number of internet users on the networks of the four major operators dropped from 93.5m in September to 93.1m in October, a reduction of 378,015.

The report also revealed that the CDMA operators lost 13,664 internet users, moving down from 51,973 recorded in September to 38,309 in October.