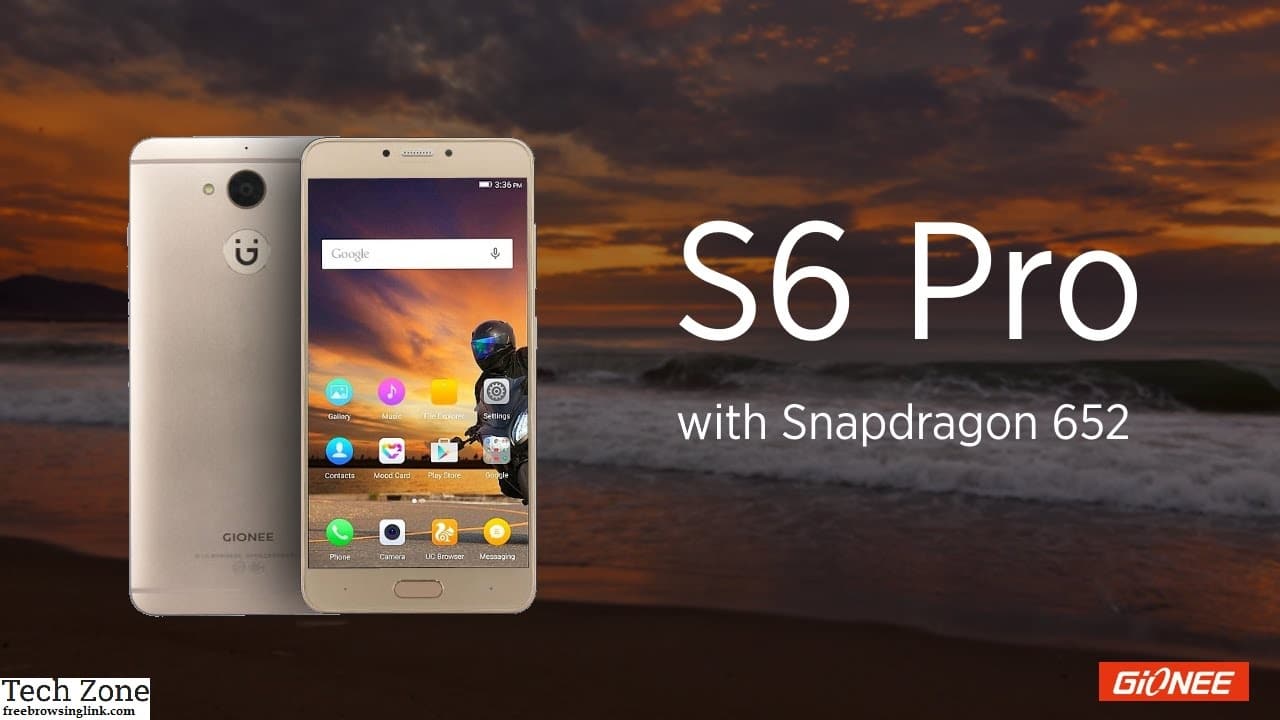 Today, they have officially released their long awaited Android Smartphone although, it is not currently in Nigeria. But the Gionee S6 Pro is specially made in the design, the appearance is worth the price. And one of the special feature of the S6 Pro, is the Octa-Core MediaTek (MT6755M) processor and the Android 6.0 (Marshmallow) out of the box with Amigo OS 3.2 on top.

The Gionee S6 Pro retains the 13MP on its back, which is enhanced with phase-detection AF. The selfie shooter has been upgraded to 8MP resolution. And another specification about the Gionee S6 Pro is that, it arrives with fingerprint scanner like the upcoming Tecno C9 Android Smartphone.

Gionee did not relax and launched a Android Smartphone that will not hit the internet. The latest Gionee S6 Pro arrives with a full 5.5-inch 1080p IPS 2.5D curved glass display. Making the game appearance to look real natural. Let’s checked out the design of the Gionee S6 Pro. The colors are gold, silver or rose gold.

In the appearance, the Gionee S6 Pro looks like the Samsung Galaxy S6 on the front face while on the back side, the S6 Pro look like the Huawei Mate 8. The S6 Pro arrives with a aluminum-magnesium alloy unibody design. Meanwhile, the S6 Pro also sports a fingerprint scanner embedded into the home button.

Gionee also arrives with a powerful camera that can capture a lot of selfies without doubt and it can brighten your face with the face beautification feature. The Gioon S6 Pro arrives with a 13MP primary camera with PDAF phase-detection auto-focus (PDAF) that can focus in just 0.1 seconds and an 8 MP front-facing camera.

When it comes to the battery Life and the connectivity, the Gionee S6 Pro arrives with a powerful appearance in that. It sports a 3,130 mAh battery, making it to stay more longer even after use like 2 – 3days. And you can also use it for days without charging.

And with the 1.8 GHz Octa-core MediaTek Helio P10 (MT6755M) processor with Mali T860MP2 GPU in the Gionee S6 Pro, the multitasking is expected to be more faster. No dulling when it comes to opening many tabs. Games, Music, Apps, Message and many more can be opened on the S6 Pro without any sign of hanging.

And I would have preferred the Gionee S6 Pro to come with thee water-proof or water resistant like the Samsung Galaxy S6 Active. The Price of the Gionee S6 Pro is $300 as the launching price which is equivalent to ¥1,999.