After the launch of the Gionee A1 Android Smartphone, the China Based Company has finally launched their latest Flagship Phones.

Introducing to you is the Gionee M7! As we are all know, the M6 and M6S Plus were the 2016 Smartphone and they are the predecessors to this year Smartphone. 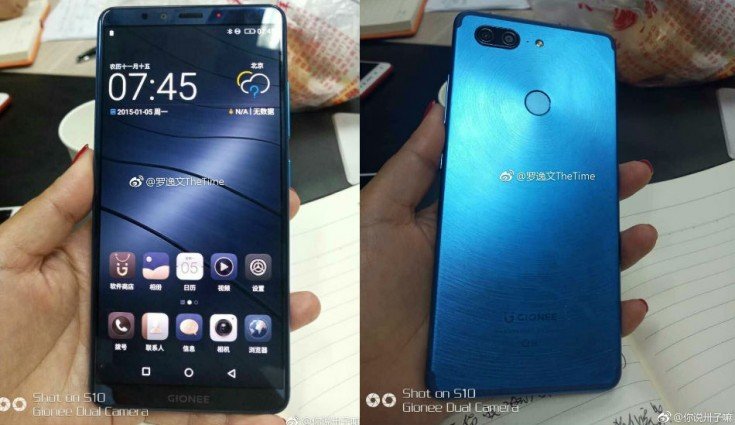 The Gionee M7 has finally been launched and announced! And however, it spots virtually all the specifications, arrives with an aspect ratio of 18:9, which is now becoming a new trend in the smartphone industry.

As of 20th of September, 2017, we had some Images which were rumored but it turns out to be the real images.

According to the image above, the Gionee M7 won’t house a home button. Two antenna bands are located on the top and bottom ends.

Up front, the smartphone has almost no bezels on the side, with very thin bezels on top and bottom. The smartphone looks similar to its predecessor, the M6, but with thinner bezels and rounded edges.

The company is collaborating with Ofo, a bike-sharing start-up from Beijing for this smartphone. The Gionee M7 Smartphone is the successor to the M6. 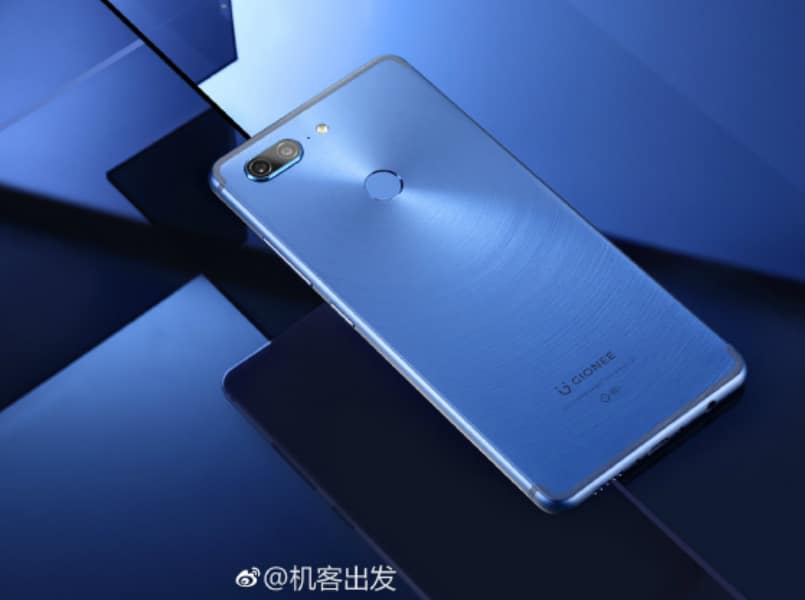 The Gionee M7 has finally been launched with a pure and elegant display, featuring mouth watering specifications and also comes with a near-bezel-less design.

The Gionee M7 is made directly out of metal, and the company says that their dual security chips have passed the EAL6 security test. Available in Black, Champagne Gold, Sapphire Blue, Star Blue, and Maple Red

The Gionee M7 features a dual camera of 16MP rear as the primary LENs camera coupled with a 8MP secondary LENs camera for taking exclusive pictures from the back camera.

And also, on the front, you a 8MP front-facing camera for taking some clean shot and selfies including your Friends and others. You have the Flash to brighten it up for you.

There is more connectivity for you, you have the 4G VoLTE, WiFi 802.11 ac, Bluetooth 4.2, GPS, NFC, dual SIM and USB Type-C port. So you can browse more faster, send more smoother and also connect with the Near-field communication (NFC).

The Gionee M7 features a clean 6GB of RAM and 64GB of internal storage, which can be further expanded up to 256GB via microSD card slot.

And it runs on Android 7.1.1 Nougat, well, i was expecting the Android Oreo 8.0 but nevertheless, it also powered by an octa-core MediaTek Helio P30 processor along with Mali-G71 GPU.

You can run more apps at a time and also store up more videos, pictures, applications and many others. 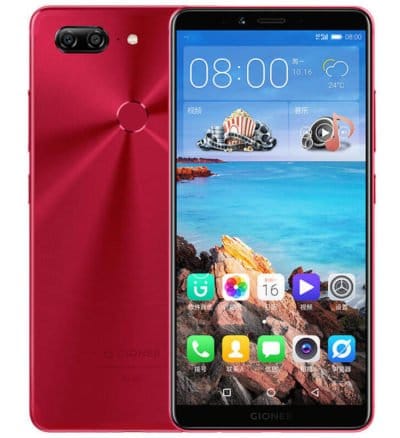 The M7 comes with a huge 4000mAh battery capacity and also offers a fast charging too. Remember, the logo of the company is all about Selfie and Battery.

And also, it spot a good security which is the Fingerprint Sensor that is located at the rear (back) area and it proves to unlock within some few seconds with other interesting in-built security.

The Gionee M7 which was also launched with the M7 Power, will be priced exclusively at 2,799 Yuan ($422), and it will be available for purchase in China starting tomorrow, September 26.

In Nigeria, with the current exchange rate, we are looking at N150+ for the price and remember, it is not yet available in Nigeria.

How do you see the Gionee M7 in all its Glory?