On the 25th of September, Gionee successfully launched their two new Android Smartphone targeting the Selfie and Big Battery Life options, of course, it is slightly their vision or moto.

Gionee as rumored launched the Gionee M7 and the Gionee M7 Power, two of the Smartphone arrives with amazing specifications, the same front-facing camera, fingerprint sensor and many others. 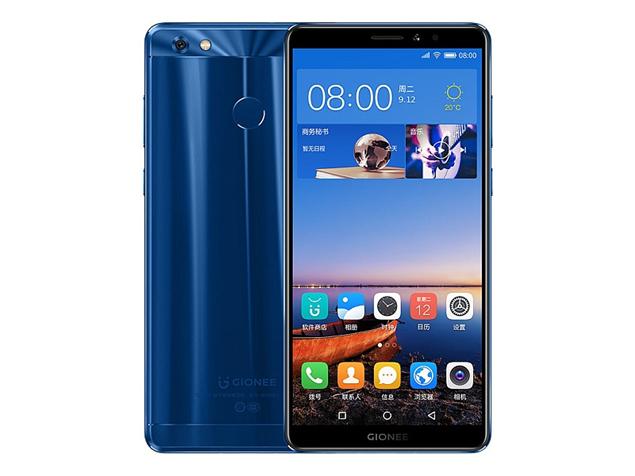 It features a pure and elegant design from Gionee. There is also a Fingerprint Scanner or Sensor placed at the rear (back) which unlocks within one or two seconds.

The M7 Power unlike M7, comes with a 13-megapixel rear-facing snapper, while an 8-megapixel camera is included on its front side.

So you can take amazing pictures, selfies, some few shots with friends, families and many others.
And also, the Gionee M7 Power arrives with the same connectivity as M7, 4G, Bluetooth, NFC, WiFi.

The M7 Power spots a 4GB of RAM, unlike its other variants, although, it arrives with the same software as the M7, 64GB expandable up to 256GB via microSD card slot coupled with a Snapdragon 435 64-bit octa-core SoC. You can store a lot of stuffs like, apps, medias, photos and your phone can run different apps without slowing down.

Runs on Android 7.1.1 Nougat, well, it is not the latest Android 8.0 Oreo but we still have the split-screen feature. The Gionee M7 Power comes with a A 5,000mAh non-removable battery is included on the inside of this phone, and it also offers fast charging

Well, when compared with the M7 in price, there is a lot of differences. So we are looking within the range of N100k+ in Nigeria Naira currency.

Are you buying the idea in respect to Gionee M7 Power?