Fero Royale Y1 is among the companies top selling Royale series to arrive with large screen display, massive like a phablet and features an undisputed design on the back of the device, holding a single camera lens at the back and front.

The Fero Royale series are known for being the flagship family, and the company mobile phones poses an a big threat to its high- and competitive markets in Nigeria, and other major Africa markets. 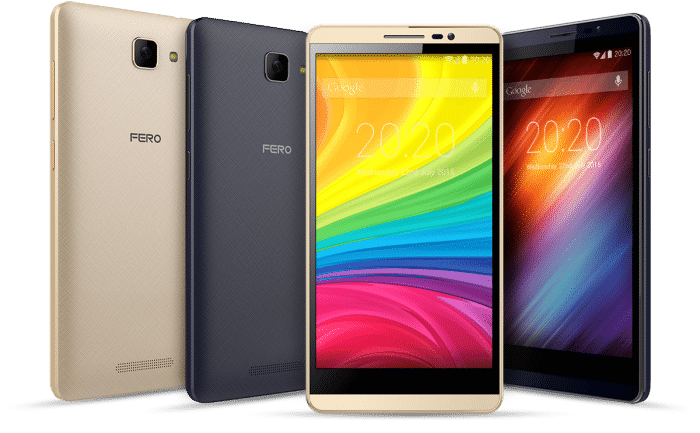 The mid-range device looks elegant in design, the bezels surrounding the screen is quite big and large but what looks more abstract is the massive in-screen black borders that stays inside the phone screen.

Comes with a shiny and flawless 5.5-inches HD+ IPS screen with 720p for watching videos, and allows you to enjoy your game play time. The colors contrast is massively undeniable and brings out imperative colors on every single thing you do.

Fero Royale Y1 is a sleek device that was beautifully crafted and designed for everyone on the budgeted markets. The Royale Y1 packs a responsible Titanium metallic back panel, which is quite stylish and arrives in Black and Gold colors options. And it lacks Fingerprint sensor scanner.

The camera optics of a Smartphone, most times, determines the selling points of that particular device. However, the Fero Royale Y1 comes with a single camera lens at the back and front.

Royale Y1 back camera holds a moderate 13-megapixels camera sensor, which captures images quickly. Features Auto-focus, LED Flash and many more. While at the front, the handset sports a sharp 5-megapixels selfie camera that can capture stunning photo shots.

Surprisingly, the phone comes with 4G LTE network and connectivity, alongside with 2G GSM, 3G WCDMA, Bluetooth v4.2, WiFi, and support dual SIM. With the fast 4G LTE, you can browse faster, increase the download speed and many more.

Fero Royale Y1 runs on Android 6.0 marshmallow operating system, powered by a Mediatek MTK6735 chipset running at 1.3GHz Quad-core Cortex-A7 processor. The processor will help magnify and optimize the battery life of the handset. Features a 2GB of RAM.

The mobile phone features a 16GB internal storage, which can be used to keep important files, applications, movies, and many more. If you are still garnering for more storage, it can be expanded up to 128GB via micro SD card slot.

Under the hood, the phone is fueled by a non-removable 2700mAh battery capacity, which can possibly be last for few hours, on a single charge. The Fero Royale Y1 is priced at $89, which is around N32,000 in Nigeria currency.